The mystery surrounding who this baby is has finally been solved 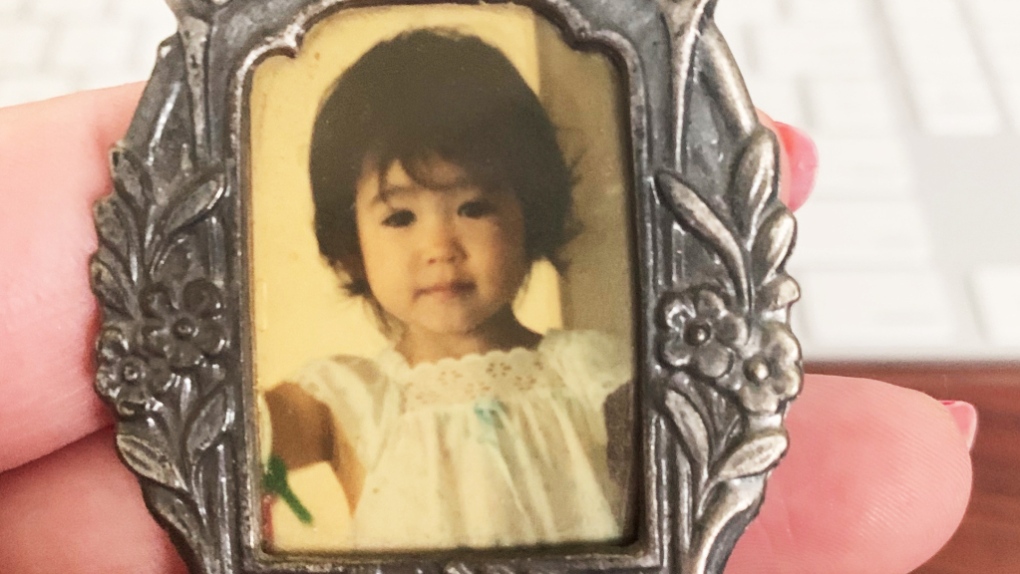 TORONTO -- Two days ago Monica Wright sat at her desk in New Mexico with a mystery on her hands but her questions have finally been answered.

When Wright recently moved from Louisiana to Santa Fe she picked up a used desk. Upon arriving at her new home, she found a faded photo of a little girl tucked inside. The frame had a sticker from Berco, Ont. along with a hand written inscription on the back reading “Kimi, 2 years.” A reddit thread failed to identify the family, but a story on CTV News Toronto quickly revealed all.

“I was contacted by Kimi’s mom after a Facebook post by y’all in Toronto, along with her aunt and cousin” Wright told CTV News Toronto.

The photo dates back to 1988. Kimi, who prefers not to reveal her last name, is now 33-years-old, married with children and completing a post-secondary degree in the New York area. The family moved from Toronto to the United States in 1990.

Considering she wasn’t old enough to remember when the picture was taken, Kimi says she’s been surprised by how many people have reached out to her.

“I got a text from my cousin saying 'Lol is this you?' Then my uncle sent me a link to the CTV story online. It’s been the talk of the family,” Kimi told CTV News Toronto over a Zoom call with her parents,who still keep a copy of the same photo in their home.

“I do remember seeing the photo when I was growing up. It’s funny because when I visited mom and dad a couple years ago I remember looking at the picture because my daughter was the same age as I was in the photo. I was studying it to see how much she looked like me at that age.”

“I remember the day I took that picture,” Kimi’s mother Margaret Matsumara said from her home in Alabama. “I was pregnant with my son and Kimi was tearing the couch apart, so I just grabbed that shot in the middle of it all. I still don’t know how I lost it.”

That’s one mystery that will never be solved. Likewise, no one is sure how it ended up in a desk in Louisiana. Coincidentally, the desk bears a logo from Fleetwood Fine Furniture in Etobicoke, but has no connection to the family’s time in Canada.

“I just think this has been neat,” Terry Matsumara, Kimi’s father, said. “It was so nice of Monica to reach out and try to get this picture back to us. It’s brought back a lot of memories for us.”

“It was exciting to have this mystery for a few days,” said Wright. “With everything going on in the world it’s been nice to have this to think about. I’m glad I could find them."