'The kids believed in him': Popular Scarborough coach dies due to COVID-19

TORONTO -- A popular Scarborough basketball coach who died after contracting COVID-19 is being remembered for the difference he made in the lives of the hundreds of children who passed through his program.

Jamal Ali, who was the head coach of the Scarborough Blues Under 12 team, passed away at Toronto General Hospital on Friday night.

The 45-year-old had previously checked himself into Scarborough General Hospital after beginning to exhibit symptoms of the virus upon returning from a business trip to England last month, friends have said.

He was then transferred to the intensive care unit at Toronto General once his condition began to deteriorate.

He is among the youngest Torontonians to die from the virus so far and his friends have told CP24 that he did not have any pre-existing health conditions. 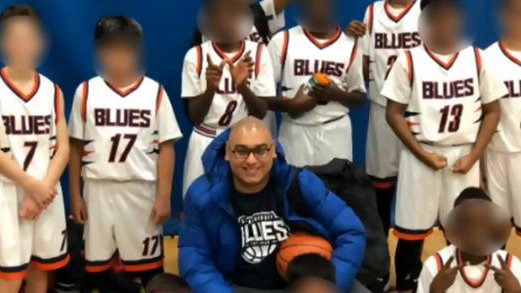 He invested a lot of his time in just building their (his players) character and just their skills. He was just a nice man,” long-time friend Morlan Washington told CP24. “The kids believed in him, they looked up to him and they valued everything he said.”

Washington said that Ali began coaching basketball out of a desire to give some of the kids that didn’t make the most competitive Scarborough Blues teams somewhere to play.

He said that as a coach he was always there for his players and would often buy shoes for the ones who may not have been able to afford them or provide rides for others who didn't have a way to get to practice.

“He made a difference in the lives of the parents as well and even friends, especially myself,” he said. “He was caring, he was loving, he was just a nice guy.”

Friends have told CP24 that Ali initially planned to take his 10-year-old son with him to England but decided not to amid the spread of COVID-19.

He then ended up being in England when Prime Minister Justin Trudeau announced new travel restrictions and asked all Canadians abroad to come home.

Once he returned home he went into self-isolation, per recommendations by public health officials, but soon started to exhibit symptoms.

"He quarantined himself, but he was weak, he felt really weak,” Emmanuel Bonney, another friend, said. “Last night I had messaged him, trying to find out how he was, and then I got the call and they mentioned to that he passed. I started crying, I just didn't understand."