The Ikea monkey was spotted 10 years ago. This is where he is now

The Ikea monkey was spotted 10 years ago. This is where he is now

A monkey cloaked in a tiny shearling coat was found roaming an Ikea in Toronto 10 years ago to date and in that time, he’s regained his freedom, his current owner says.

Dubbed the “Ikea Monkey,” Darwin, a Japanese macaque, was around six months old when he escaped from his crate, unlocked his owner’s car door and walked out into the Ikea parking lot in North York on Dec. 9, 2012.

The rarity of the sighting aroused international headlines, placing Darwin in the spotlight. But Daina Liepa, executive director of Story Book Farm Primate Sanctuary, said he’s spent his time since indulging in a contrasting trait: shyness.

“His previous owner took him on a leash with her to the office. As I see it, now he has the choice and that’s the choice he makes,” Liepa said.

After Darwin’s Ikea outing, his former owner was charged for having a prohibited animal in the city and faced a $240 fine.

When animals are bred for the exotic animal trade, they are taken away from their mothers from almost the moment they are born, Liepa explained. Until he arrived, she says the sanctuary believes he was never around other animals.

“He was understandably very shy when he came to us. Imagine for a 6-month-old human baby what it’s like to just be plunked somewhere else,” Liepa said.

But now, surrounded by 25 other monkeys and lemurs in his Sunderland, Ont., home, he has the agency and mentorship that seemed to be absent in the early days of his life. 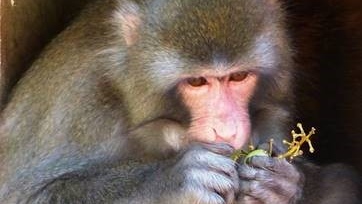 “The big difference of him being at [a] sanctuary is he can go inside and outside when he likes … he always has the freedom,” Liepa said.

She noted that over the course of the last decade, little has changed about the laws surrounding exotic animal ownership in Ontario.

Currently, the province bans orcas and pit bulls as pets, but thousands of other exotic animals, including tigers, lions and venomous snakes are permitted, as long as they are not banned by municipalities. 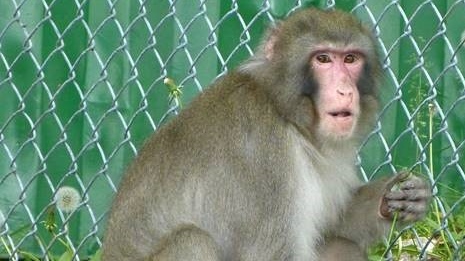 But as for Darwin, Liepa said he’s come a long way.

“Darwin came from a life at the end of a leash wearing clothes and a diaper to a life where he chooses when he wants to go outdoors in the company of other monkeys.”