'The clock is ticking': Ontario calls on federal government to provide clear timelines for COVID-19 vaccines

TORONTO -- Ontario Premier Doug Ford is calling on the federal government to provide a clear timeline on when the province will receive the first doses of a COVID-19 vaccine, saying that is “impossible” to plan distribution without that critical information.

The premier made the comments on Friday afternoon alongside Health Minister Christine Elliott and retired Gen. Rick Hillier, the new head of the province’s COVID-19 vaccine distribution task force.

“Make no mistake, this will be a monumental effort,” Ford told reporters. “When you look at a province the size of Ontario, with as many variables as we're facing, without proper planning or the proper information, this can be a logistical nightmare.”

“That's why, as we continue planning, we need certainty from the federal government. We need to know which kind of vaccines we'll be getting, because each vaccine will come with unique requirements and potential challenges. And we also need to know how many vaccines we will receive each week. We need a clear line of sight into the timelines of the shipments.”

Ford said it is “impossible” to plan distribution of the vaccine, including staffing and storage of doses, without that timeline and “the clock is ticking.” 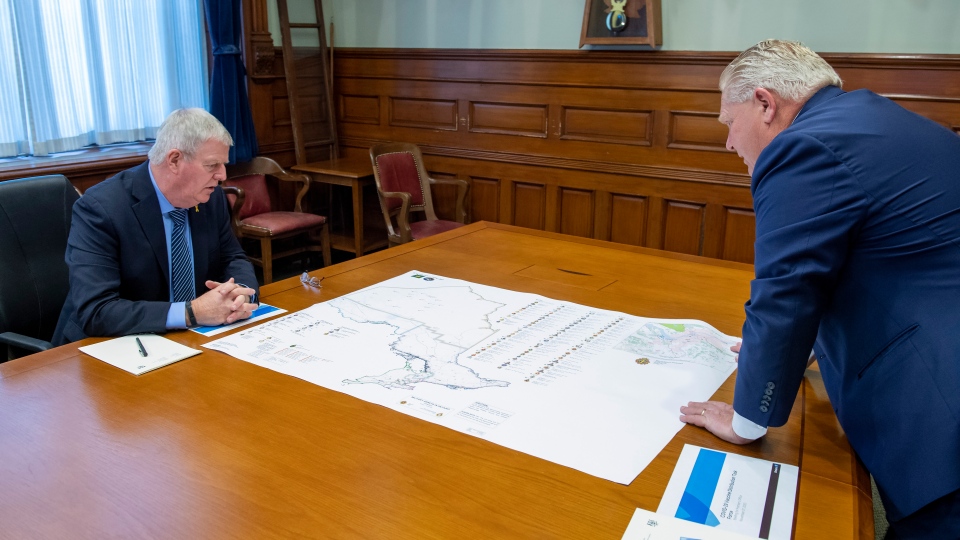 The comments come hours after Prime Minister Justin Trudeau refused to provide a clear timeline for when Canadians will have access to a vaccine, saying only that he hopes to have more than half of Canadians vaccinated by September 2021.

“We have continued to work with the provinces on vaccine delivery and logistics since last spring,” Trudeau said.

“I can understand the eagerness with which people want to know, ‘When is this going to be over? When are we going to get the vaccines?’ What we can say is, we are working extremely hard to deliver as quickly and as safely as possible… if all goes according to plan, we should be able to have the majority of Canadians vaccinated by next September,” Trudeau said.

Elliott has previously said the province is likely to roll out the first doses of Pfizer and Moderna vaccine between January and March of 2021, followed by a second batch from March until “about” July.

But since then the government has rolled back their vaccine rhetoric, saying that it is not clear if those targets will be achieved.

The COVID-19 vaccines have not yet been approved by the U.S. Food and Drug Administration, but they could receive the stamp of approval as early as two weeks from now. 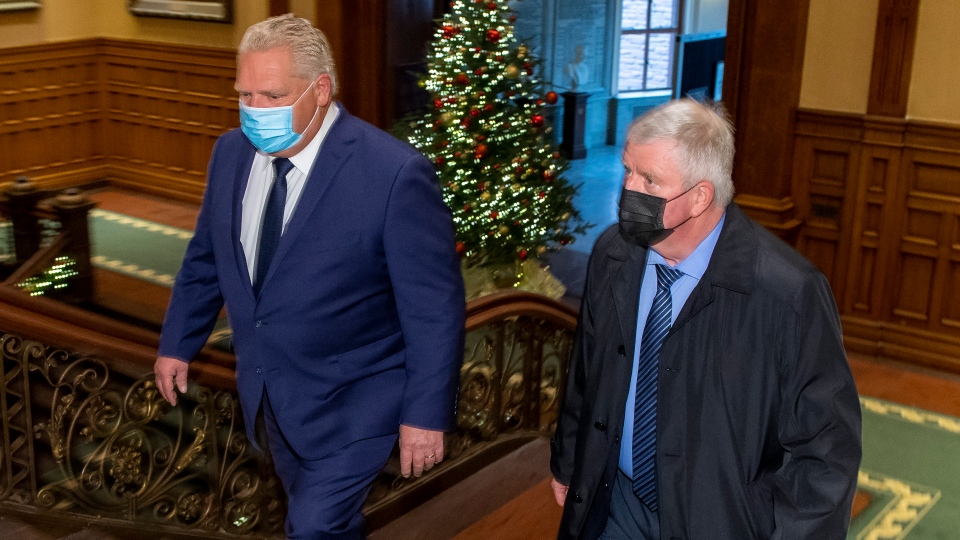 Hillier said that while questions remain, the COVID-19 vaccine distribution task force is working to be ready for the new year.

“Our mission is clear,” Hillier said while speaking publicly for the first time since being named head of the task force. “The team is being built. It is largely present and in place and they're building on the work that's been done.”

“I'm not an over-the-top optimist, I’m the pragmatic person, but we're going to be ready on 31 December for what the people of Ontario will need from us.”

The total number of lab-confirmed cases of the novel coronavirus now stands at 111,216, including deaths and recoveries.