TORONTO -- Speaking at the launch of CTV News Toronto’s annual Toy Mountain campaign, Prime Minister Justin Trudeau said that all parties in Parliament will be focused on reducing poverty and helping those in need.

“(There are) far too many people, even in a successful and prosperous country like Canada, that still go to bed hungry every night, who worry about how they are going to support their kids, how they are going to make things move things forward in the right,” Trudeau said at Yonge-Dundas Square on Friday night.

Trudeau joined CTV News Toronto’s Michelle Dube and Tom Brown to help kick off the 24th annual Toy Mountain campaign, an initiative that collects and distributes toys for children and teenagers in need.

This is the fourth year that Trudeau has participated in Toy Mountain, but the first where he has helped launch the campaign.

“Toy Mountain is one of those moments where you highlight what the season is all about,” he said. “Making sure we’re all, as we think of ourselves and our family, we are also thinking of our neighbours.” 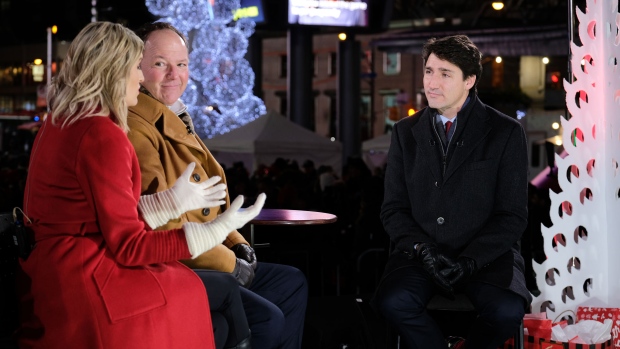 The prime minister spoke about what his government has done to help combat poverty in the country, but also acknowledged “there is much more to do.” Raising Canadians out of poverty is, he said, an issue “all parties in parliament are going to be focused on.”

According to city data, one in five adults and one in four children live in poverty in Toronto. The city also has a poverty rate that is 1.7 times higher than the provincial rate and 1.8 times the national rate. 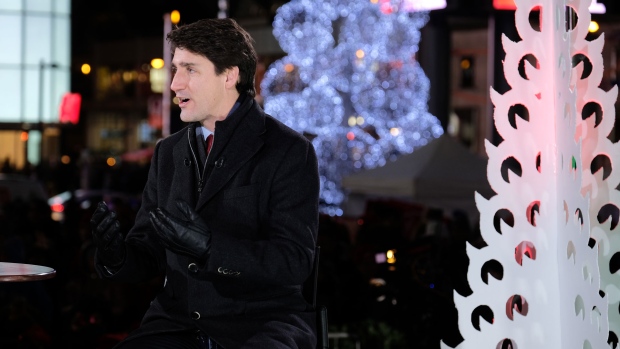 Trudeau said that teaching his children about the importance of giving back is at “the core of everything” he does as a parent.

“It’s one of the reasons how I explain why I am in Toronto tonight and not putting them to bed,” he said. “My job is about helping people and it’s not something you have to wait until you are prime minister to do, you have to do it every single day.”

“We’ve gone out to support soup kitchens at Thanksgiving, we’ve helped out in different ways but getting them to think about how lucky we are and how that luck comes with the responsibility to help each other out, that’s just the Canadian Way.”

On Friday, 3,907 were collected by as part of the Toy Mountain campaign.

What you need to know about Toy Mountain

This year’s goal is to collect more than 150,000 toys during the campaign. The toys must be unwrapped and can be dropped off at a number of locations across the GTA.

While all gifts are welcome, the campaign has emphasized the “greatest area of need” as being toys for newborn babies, toddlers, girls ages seven to nine and youth between the ages of 10 and 17. Cash donations will also be accepted.

Toy Mountain, in support of The Salvation Army, will run until Dec. 20.