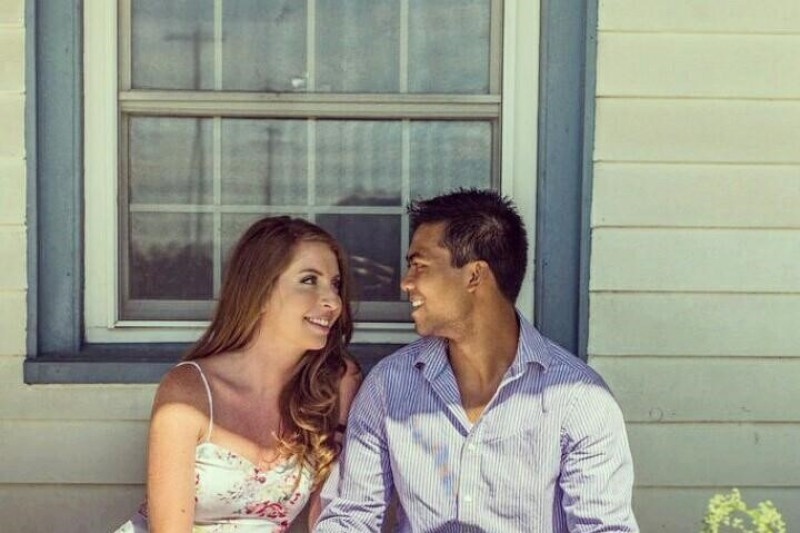 Solomon Chau, 26, is pictured with his fiancee, Jennifer Carter.

Solomon Chau, a terminally ill Ontario man who got his dream wedding thanks to an online crowdfunding campaign, has died at age 26.

“Today, the most incredible person I've ever known passed away after an eight-month battle with cancer,” Chau’s wife, Jennifer Carter, posted on social media. “He fought until his very last breath and had all of his doctors shaking their heads in disbelief at just how much he could handle. I don't want to imagine a world without Sol in it. It sure as hell won't be as bright.”

Chau, a chef originally from St. Catharines, and Carter moved to Toronto late last year and were planning on getting married in August. But their dreams were shattered when Chau was diagnosed with terminal cancer.

The 26-year-old was rushed to emergency after experiencing excruciating pain in his lower abdomen. Doctors found a cancerous tumour on his liver, which had ruptured. Despite undergoing emergency surgery, Chau’s cancer had spread to the rest of his body by late March and he was given only a few months to live.

Chau and Carter’s friends and family rushed to set up a GoFundMe campaign so the couple could have their wedding early. The page quickly raised more than $50,000.

After a flash mob proposal that ended with a yes, the couple was able to celebrate their dream wedding at Toronto’s Casa Loma on April 11.

Carter said her husband’s positive outlook helped everyone involved get through his last months.

“His optimism and sense of humour kept both me, and those closest to us, at least moderately sane throughout all of this,” she said in the post. “For that, we'll never be able to thank him enough.”

Carter also posted a link to the couple’s wedding video in memory of her late husband.

The details of Chau’s memorial service will be made available in the coming days.