Teenager drowns in Credit River near Georgetown, Ont. while swimming with friends 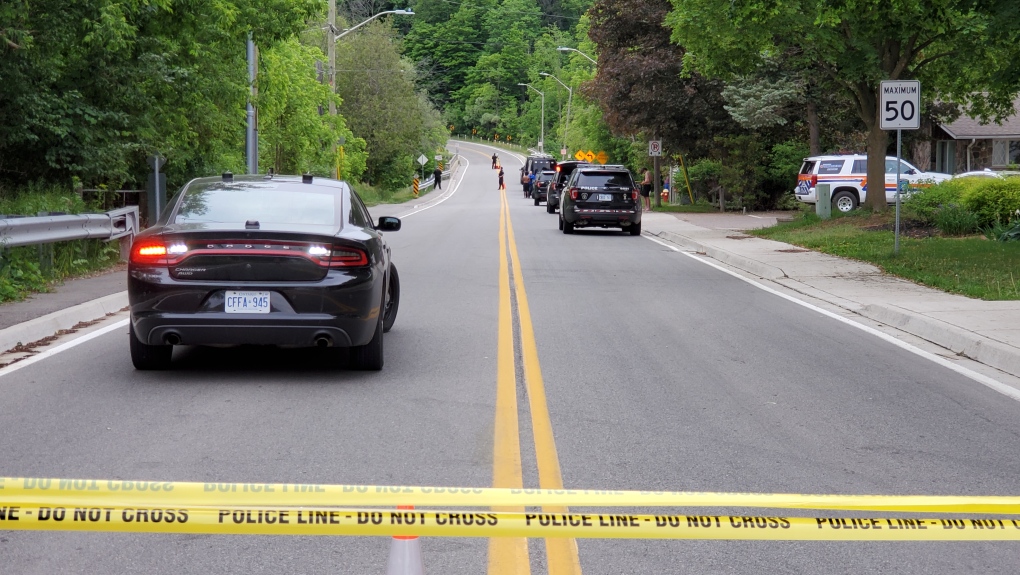 Police are investigating after a teenager drowned in the Credit River near Georgetown Friday night. (CTV News Toronto/David Ritchie)

TORONTO -- An investigation is underway after a 14-year-old Brampton boy drowned in the Credit River near Georgetown Friday afternoon.

Police said it happened near MacNab Park in Norval, Ont. around 5 p.m. while the teen was swimming with friends.

When emergency crews arrived, witnesses and friends were already performing life-saving measures on the boy.

Paramedics transported him to Georgetown Hospital, where he succumbed to his injuries.

The victim's next of kin have been notified but police are not releasing his name at this time.

Witnesses told police that a group of youths, including the victim, were jumping off the Adamson Street North bridge when the incident happened.