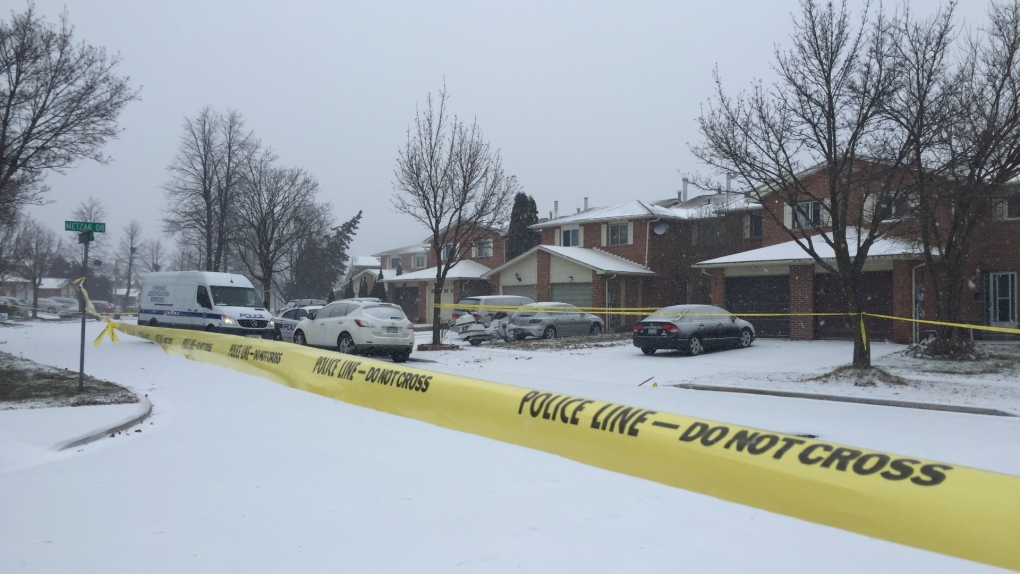 The intersection of Metzak Drive and Rosepac Avenue is closed for investigation after a man was shot and killed in Brampton. (Beth Macdonell/CTV News Toronto)

TORONTO -- Investigators have identified an 18-year-old male shot to death on a residential street in Brampton last weekend.

First aid was administered, but the man was later pronounced dead on the scene.

On Tuesday, police identified the victim as Joel Stennett of Brampton.

Investigators say multiple suspects fled the scene of the shooting in a light-coloured vehicle, it was last seen on Metzak Drive.