Teen told police she was forced into sex trade 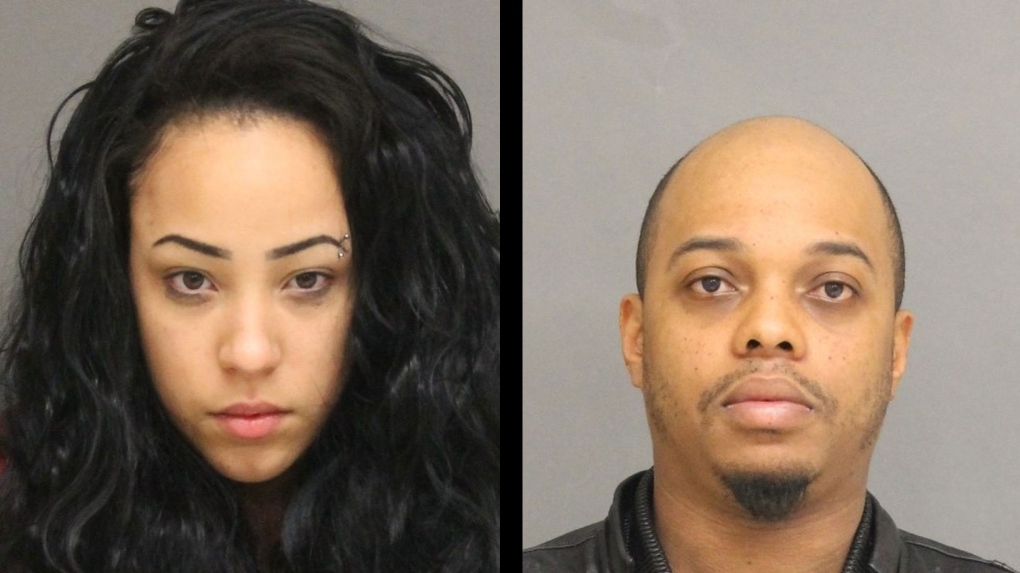 Kiesha Shaunte Ripley (left) and Denneil Morgan (right) have been charged in a human trafficking investigation. Police believe there may be other victims. (Police handout)

A man and woman have been arrested and charged after an 18-year-old woman told Toronto police she was sexually assaulted and forced to be a prostitute.

Police said Friday that they conducted a five-month investigation after the victim reported back in November 2015 that she had been lured into the prostitution trade and forced to provide sexual services to a man before she was “given” to a couple who had the same plans for her.

The victim was photographed in various stages of undress and forced to post the photos on online to advertise sexual services. The victim was then taken to different hotels and homes across the GTA and forced by the suspects to service clients.

She was then forced to hand over the money she made to the couple.

The victim also accused the man of sexually assaulting her, police said.

The young woman was eventually able to escape and call police for help.

On Wednesday, police implemented two search warrants and arrested two suspects in connection with the case.

Brampton resident Denneil Morgan, 34, has been charged with 11 offences including sexual assault, trafficking in persons, cocaine possession and exercising control.

Brampton resident Kiesha Shaunte Ripley, 23, has been charged with two counts of trafficking in persons, one count of exercising control and one count of procuring.