BRAMPTON -- A Brampton neighbourhood is left in shock after an 18-year-old man was shot and killed in the area Saturday evening.

When officers arrived, they located the teen with obvious signs of trauma outside a residence, Const. Bancroft Wright said.

First aid was administered, but he was later pronounced dead on the scene.

One resident on the street, who did not want to share her name, told CTV News Toronto she heard seven or eight shots, and called the shooting traumatic.

She said she came out of her house and found an injured teen on her front lawn. She called 911 and got towels to help him. 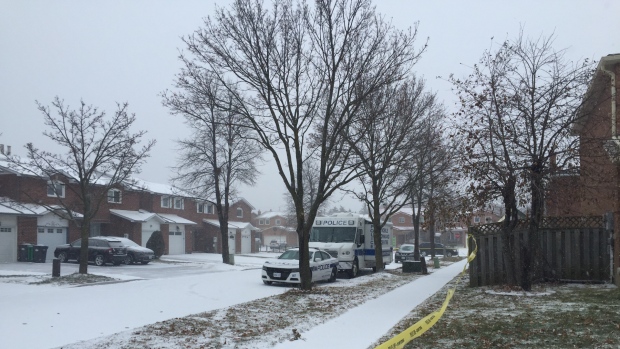 Another resident, Cathy McLean, said she has lived on Rosepac Avenue for 33 years.

She said she heard what sounded like 10 “mini explosions” around 6:30 p.m.

McLean said the shooting has rattled neighbours on her normally quiet street.

Const. Wright said investigators are looking for multiple suspects seen in a light-coloured vehicle. It was last spotted on Metzak Drive.

When asked if the shooting was targeted, Wright said it is too early in the investigation, but they believe it is an isolated incident.

Police are asking anyone with information to contact them or Crime Stoppers.