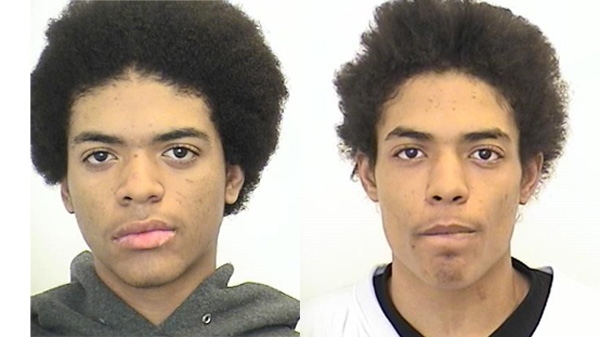 Police say Justin Waterman, 18, and Jerome Waterman, 22, of Toronto were killed in a shooting in a Toronto garage on Monday.

Toronto police have arrested a teenager in connection with the death of two men shot to death in a stairwell earlier this year.

The 18-year-old suspect, who cannot be identified under the Youth Criminal Justice Act, was arrested and charged in connection to the February 20 death of two brothers.

Justin Waterman, 18, and Jerome Waterman, 22, were shot to death in the stairwell of a parking garage at 325 Bogert Ave., near Sheppard Avenue West.

Both brothers died after being shot in the head, an autopsy revealed.

Police said the elder Waterman was the father of a newborn baby.

At the time of the shooting, police said they saw a person running from the parking garage into a nearby wooded area.

The arrest comes after police obtained judicial authorization to release a photograph of the young offender, which they considered armed and dangerous.

The arrest ceases the authorization to publish images of the male suspect.

The suspect has been charged with two counts of first-degree murder.

He is scheduled to appear in a Toronto court on Tuesday.