Teacher strikes happening this week: Here's what you need to know

TORONTO -- The province’s four major teachers’ unions are all currently engaged in job action as contract negotiations with the province continue to stall.

Here is a list of this week's planned strikes and work-to-rule campaigns as well as resources for parents looking for child care during the job action:

Union President Sam Hammond said that lack of progress at the negotiating table with the government left him “no choice” but to commence rotating strikes.

"A strike is the only means for educators to force the government to get serious about negotiations and the future of public education." 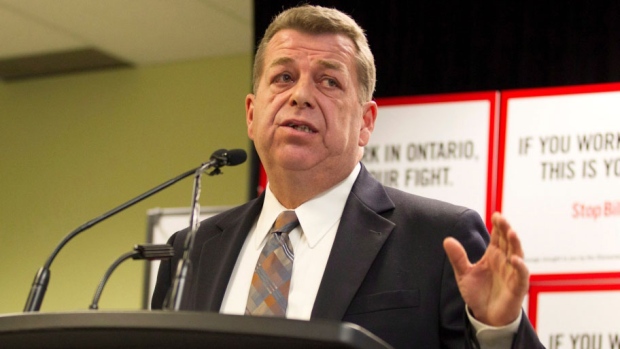 On Tuesday, the Ontario Secondary School Teachers' Federation (OSSTF), which represents over 60,000 teachers and educational workers, held another job action closed high schools at nine boards, including the Toronto District School Board.

Earlier this week, a leaked internal poll conducted on behalf of the OSSTF found a “significant portion” of the population is watching the contract talks closely and most surveyed believe teachers and education workers are “the most reasonable parties” in the negotiations. 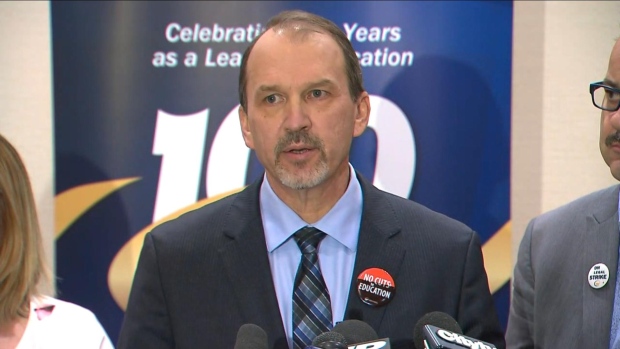 The union has been holding rotating walkouts across the province since Dec. 4

The job action marked the first time the union’s 45,000 members walked off the job in more than 20 years.

OECTA has been engaged in a work-to-rule campaign since Monday that includes not participating in EQAO standardized testing or Ministry of Education initiatives, or preparing report cards.

This is the first time in over 20 years that all 4 education unions, @AEFO_ON_CA, ETFO, @OECTAProv and @osstf have moved into a legal strike position. We are united and proudly #RedforEd.

Stand with us to defend public education for the future generation. #onpoli #onted pic.twitter.com/4C9sOkCXGa

The Elementary Teachers' Federation of Ontario says that all teachers at Thames Valley, Rainbow and Rainy River school boards will walk off the job on Wednesday.

The Elementary Teachers' Federation of Ontario said Saturday that the one-day strike on Thursday will take place at the Avon-Maitland, Halton, Niagara and Lakehead school boards.

The association des enseignantes et des enseignants franco-ontariens (AEFO), the French teachers’ union in Ontario, also announced last week that it started phase one of its work-to-rule campaign. They say their job action is focused on withdrawing from administrative activities.

In the wake of the strikes, the Ontario government has announced a subsidy for parents of children affected by the strike.

Parents of children aged 0 to six who are not enrolled in school, but attend a school-based child care centre that is forced to close as a result of the strike are eligible for up for $60. 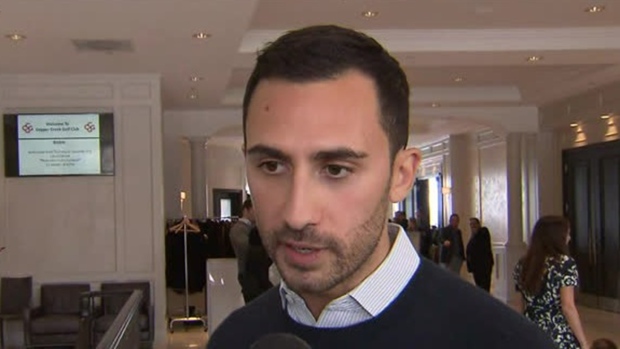 ETFO President Sam Hammond said the government’s subsidy offer is an attempt to bribe parents to get support in the ongoing contract negotiations.

“Rather than deciding to get to the table… negotiate things that are important to our members and parents and students in this province, what he decides to do is let this drag out and provide a subsidy for parents if and when they need that subsidy,” he said.

Several parents have taken to social media to echo Hammond's criticism, including one parent who has launched a petition to put the subsidy back into the province's education system.

The government said that if all teachers’ unions strike on any given day, the cost would equal $48 million per day

Day camps offered across the GTA

The City of Toronto won’t be hosting camps for children affected by the job action, but several other venues across the city will be opening their doors for parents seeking child care.

The Royal Ontario Museum is hosting a day camp for kids aged 5 to 14 which runs from 8 a.m. to 4 p.m. on Monday. Extended care will be available up until 6 p.m. for a fee.

The Ontario Science Centre will host its “Science Day’s” camp on Monday and Tuesday. The camp is available for children aged 5 to 12 and costs $75 a day.

The City of Markham is offering camps and drop-in programs on Monday and Tuesday including ice skating, movies, scavenger hunts and arts and crafts.

The City of Brampton is also offering full-day camps during the school closures for children aged four to 13 at locations across the city.