TDSB says they are relying on medical experts amid coronavirus concerns

TORONTO -- A spokesperson for the Toronto District School Board says officials are working to combat rumours that have been circulating about the new coronavirus in Toronto and reassure parents that the risk to the public is still “very low.”

“We rely on the medical experts,” TDSB spokesperson Ryan Bird told CP24 on Tuesday morning. “They have not advised us to take any additional precautions.”

Bird said while the school board is maintaining the “status quo” at the moment, the TDSB is working with public health officials to make sure students and staff are protected.

“(We’re) staying in touch obviously quite closely to make sure if there are additional steps that need to be taken, then we will do those,” he said.

Bird said there have been a “range” of reactions from parents.

“We are seeing people that understand the situation and others, there are rumours that start online… What we are trying to do is just rely on the facts,” he said.

“We don’t have any confirmed cases at the TDSB at this point and… if there is anything you need to know, we’ll absolutely pass that along from health officials.” 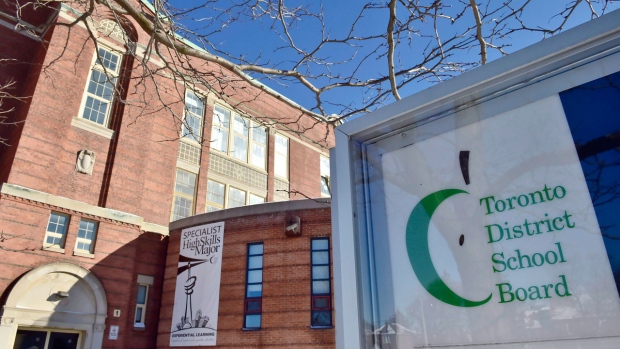 Canadian medical officials have confirmed two presumptive cases of coronavirus in Toronto but noted that they are closely monitoring an additional 25 people with respiratory symptoms who have travelled to the Hubei region of China.

The two Toronto patients are a husband and wife who officials say recently visited Wuhan, China.

There are believed to be more than 4,500 cases of coronavirus in China and more than 100 deaths.

In a letter sent out to Ontario school boards on Monday, Dr. David Williams, Ontario’s chief medical officer of health, said the wellbeing of residents, especially students and school staff, is a "top priority."

“These presumptive confirmed cases was not unexpected and the health system’s response has ensured that the risk to the general public from these cases has been minimized," the statement read.

"The first patient was promptly identified prior to transport to the local hospital, health care workers wore appropriate personal protective equipment, and the patient was immediately placed in isolation, where they have remained. The second case has been in self-isolation since arriving in Toronto.” 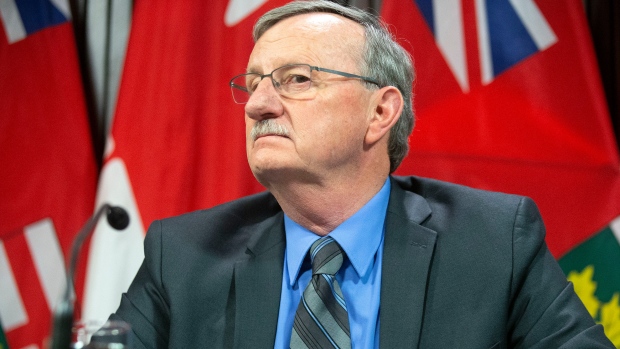 Williams said that additional cases will likely come to light in the province in the coming weeks.

“These presumptive positive cases do not change the overall risk to Ontario, which is still considered low,” the statement noted.

Parents and staff at a Toronto area private school have been urged to “remain calm” in light of news that two parents were on the same flight as one of the coronavirus patients.

“Both parents immediately self-identified to York Region Public Health and are in close communication with them for their recommendations. As a precautionary measure, they will be quarantining themselves for the recommended 14-day period to ensure the safety of themselves and others,” read an email sent out Sunday by David Young, the head of the Toronto Montessori School.

“In addition, and with the support of both families, we have asked that they take the added precaution of keeping their children at home for the time being.”

The statement went on to say that although the decision was made not to shutter the school this week, parents should “appraise the situation and make their own decisions.”

“At this stage, and desiring an abundance of caution, we would like your support for an additional measure. If you have travelled to an area under a travel advisory we ask that you remain at home for the recommended 14-day period upon return to Canada, even if you feel well,” the statement read.

“I recognize the impact on schooling however, I suggest that the reassurance and safety of the whole community take precedent.”