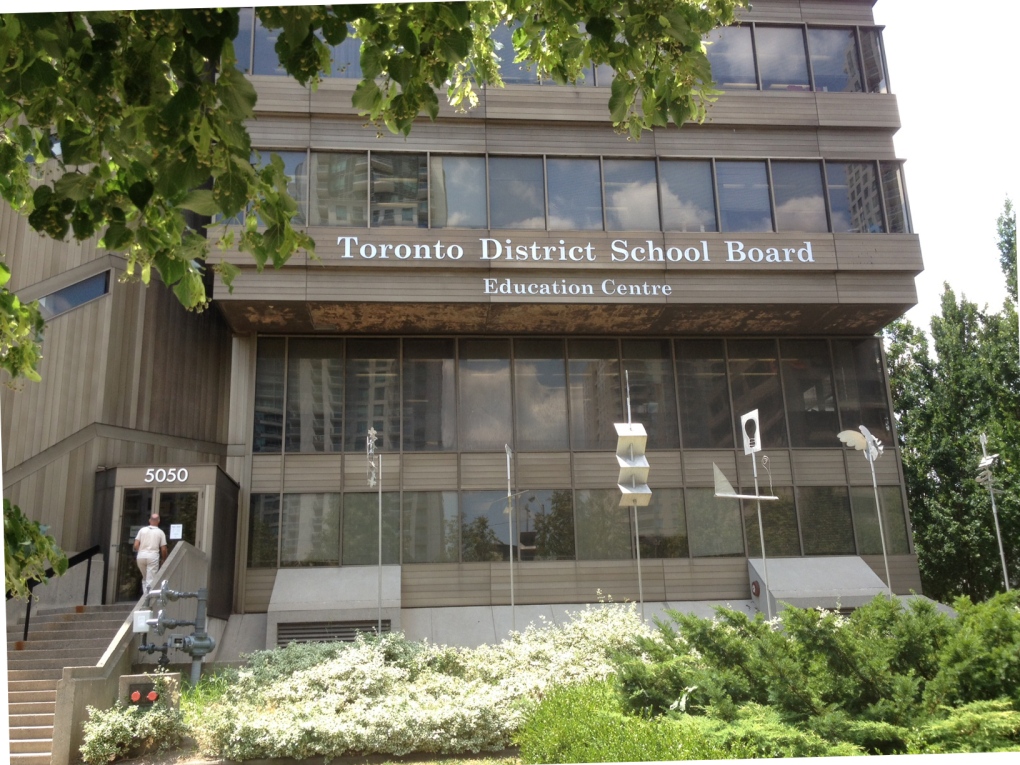 A sign is pictured outside a Toronto District School Board building. (Corey Baird/CTV Toronto)

The Toronto District School Board is aware of about 700 suicide attempts made by students in the last school year and Director of Education Donna Quan admits the number may even be higher than that.

Quan revealed the alarming statistic to reporters following a news conference to announce a new mental health strategy Tuesday morning, saying the number should be a "concern" for educators across the board.

"It makes me feel awful and that is why we are taking a bold stance that healthy schools and healthy relationships matter," Quan said. "There is not one member on staff that would be OK with hearing this and not one parent."

Quan said the TDSB monitors suicide attempts "very closely" and will often find out about them upon inquiring about a student’s prolonged absence.

Though Quan said she can't say for sure whether the number from 2012-13 school year represents a jump, she said it is "alarming" and should be a call to action for educators, parents and mental health workers alike.

"We need to work with our agencies, our hospitals and our clinics to bridge the conversation before the students get there because by the time they get there it is too late," Quan said. "We need to provide support in terms of conversation, counselling, therapy and home support and talk is really the key aspect. It has been demonstrated that having daily talks with individuals who are depressed has a positive impact on their outlook on life."

Of the 700 known suicide attempts in 2012-2013, Quan said a "significant number" of them involved students in high schools across Toronto with a much smaller number involving middle school students. There are 105 secondary schools and 451 elementary schools under TDSB jurisdiction and the board is currently in the midst of developing a suicide prevention plan that will look at how to better assist students suffering from severe depression.

The plan will also provide recommendations on how to better support students effected by suicide.

"It is not just the students who have engaged in these thoughts; it is the friends around them," Quan said. "The secondary trauma is really equally important."