Taste of spring: Teen temperatures expected in Toronto this week 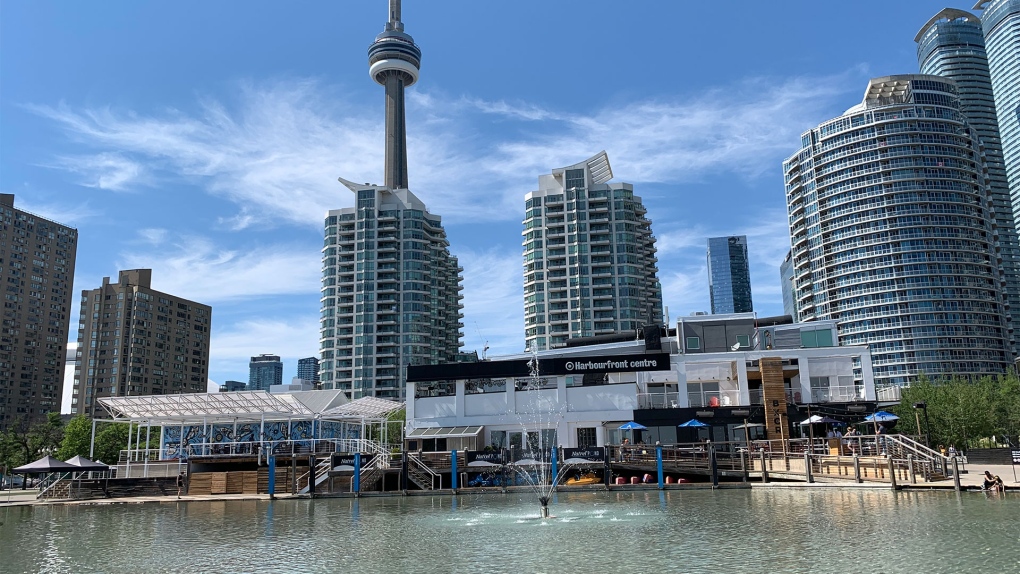 The Toronto skyline is pictured from the waterfront. (Joshua Freeman /CP24)

TORONTO -- With less than two weeks to go until the official start of spring, people living in the GTA are getting an early taste of the season.

Temperatures are set to climb into the double digits most days this week, with a few opportunities for the city to experience daytime highs in the teens.

A warm front moved through Monday morning, and southerly winds will help usher in milder air.

It’s quite a swing from this past weekend and early Monday morning. Some in southern Ontario woke up to light snow or ice pellets falling, along with a temperature near -9 C.

Over the next few days, daytime highs around 10 degrees, or higher, are expected, and are more typical of early April than early March.

While the surge in spring warmth will likely have some putting away their parkas, this week’s temperatures likely won’t be record-breaking in Toronto on Monday or Tuesday, as highs above 20 C would need to be reached. On Wednesday and Thursday, however, mid-teen highs could come close to tying or breaking daily records.

Milder air also means that any forecast precipitation is expected to fall as rain instead of snow. Showers are in the forecast for parts of southern Ontario Wednesday, and even more so on Thursday.

Signs of a pattern change in the long range are already suggesting a return to colder, more seasonal air by the end of the week. Highs of around 3 C are expected Saturday and Sunday, with overnight lows back below the freezing mark.