TORONTO -- A man in his 40s is in hospital in critical condition after a shooting in North York Sunday afternoon.

Toronto police were called to Arlstan Drive, near Dufferin Street and Finch Avenue West, just before 6 p.m. for reports of shots fired.

The victim was transported to a trauma centre with serious injuries, paramedics said. 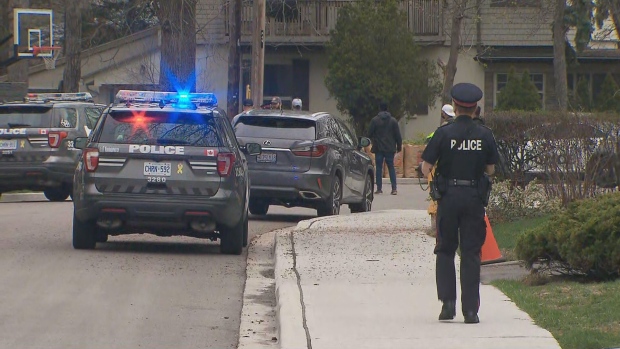 Li said it was a targeted incident.

"We've deployed all available police resources in that area. And we will leave no stone unturned in terms of our investigation. But we have to do this with the help of our communities," he said.

"Anybody with any information, no matter how big or how small, you need to come forward with that information so we can solve this case."

Li said police have no suspect information at this time. He added that they are still trying to determine the number of suspects.

He did say that police are looking for a small grey sedan that fled the area and was last seen southbound.

"We're appealing to anybody in that neighbourhood to please contact police. If you've got any dashcam footage, if you've got home security footage in that area to please call police with that information," Li said.

This is the fourth shooting in North York in the last 24 hours and Li said it is concerning.

"We take these very seriously," he said. "We need to work together to make sure that these cases are solved.

Around 5:30 p.m. on Sunday, police responded to calls for the sound of gunshots in the Jane Street and Sheppard Avenue West area.

Officers located shell casings, but no victims were found.

Police were in the same area Saturday evening also for a shooting that left a man in his 40s with life-threatening injuries. His condition has since stabilized.

Officers were called 15 minutes later to a parking garage near Jane Street and Finch Avenue West for reports of shots fired.

A man in his 30s was located suffering from multiple gunshot wounds and was taken to a trauma centre in critical condition.

Police said it is too early to determine whether the two shootings on Saturday, which were less than three kilometres apart, were connected.