Coffee lovers have awoken to a major change in downtown Toronto.

Located at the bottom of the Exchange Tower at King and York streets, the first “innovation café” by Tim Hortons opened on Thursday morning. 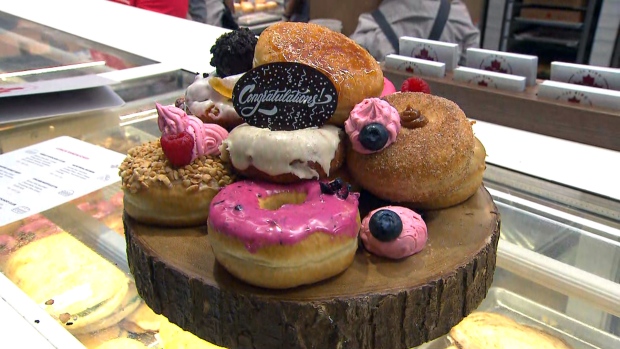 Shortly after opening, at around 9 a.m., a massive lineup had filled the concourse. 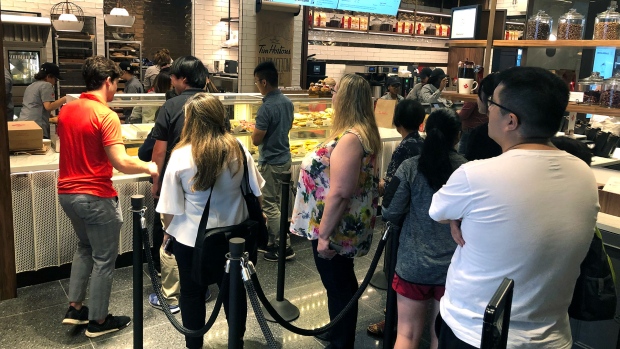 The concept for the flagship location was meant to merge Canada’s favourite things, coffee and hockey, head of global design for Tim Hortons Brian Noviski said during the opening.

“I think we started with a blank page in October of last year,” he said. “Everything you see in this restaurant is inspired by hockey.”

“Everywhere you go there are touch points of hockey. “

See you at the Grand Opening of #TimHortons130 on Thursday, July 25. pic.twitter.com/J0aVpJbZmm

The new restaurant is close to home with the company’s Toronto head office located above.