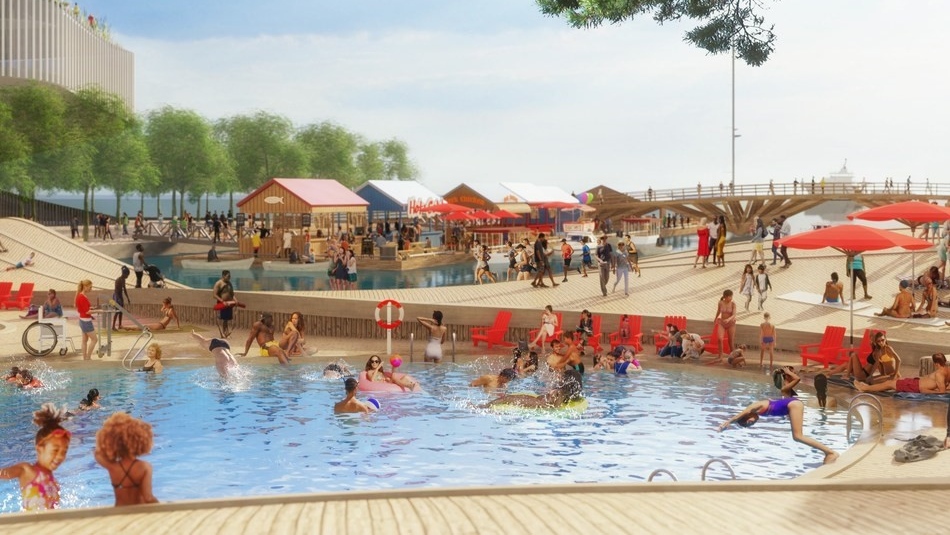 The proposed vision for Parliament Slip is shown. (Waterfront Toronto).

TORONTO -- A public swimming pool, a floating restaurant and an amphitheatre could be coming to a derelict part of the city’s waterfront.

Waterfront Toronto has released its vision for an ambitious overall of a slip located at the foot of Parliament Street in the city’s East Bayfront neighbourhood.

The plan would see the area surrounding the slip transformed into what Waterfront Toronto says would be a “world class, public destination for swimming, kayaking, boating, entertainment, and dining.”

The planning process is still underway but Waterfront Toronto’s vision for the area includes a “water amphitheatre, a floating restaurant, a canoe/kayak launch, a water transportation hub and a floating dock with concessions."

Waterfront Toronto says that it would also incorporate a public swimming pool in the area to the immediate north of the boardwalk.

“Great waterfronts around the world have distinct defining features. Memorable design, welcoming public spaces, the ability to serve recreational and transportation needs, waterfront dining and retail options, and cultural attractions," Chief Planning and Design Officer for Waterfront Toronto Chris Glaisek said in a press release. "Parliament Slip is where we can bring all of these features to life, create a more active and inclusive destination for everyone, and build a lasting connection between Toronto and the waterfront that we can showcase to the world.” 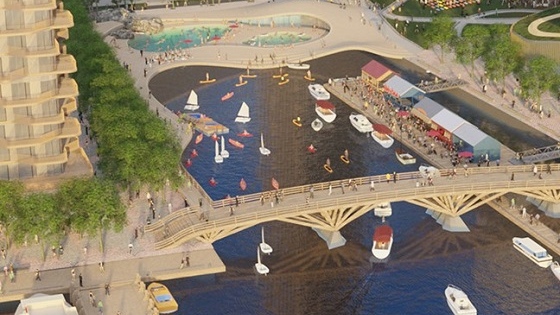 The plan for Parliament slip was borne out of a 2020 update to Waterfront Toronto’s harbour development strategy, first released a decade prior.

Waterfront Toronto says that the plan would seek to mimic the iconic wave decks at the foot of Simcoe Street, Rees Street and Spadina Avenue and is part of a wider strategy to create a “continuous waterfront loop” from Ontario Place in the west to the Port Lands in the east.

"Toronto was born on the waterfront but industry forced it to turn its back from the lake. With today's announcement we are fulfilling our promise to reorient the city back to the water," Waterfront Toronto CEO George Zegarac said in the press release.

A timeline of the overhaul of Parliament Slip has not yet been provided and Waterfront Toronto says that it still needs to conduct extensive public consultation on the idea.