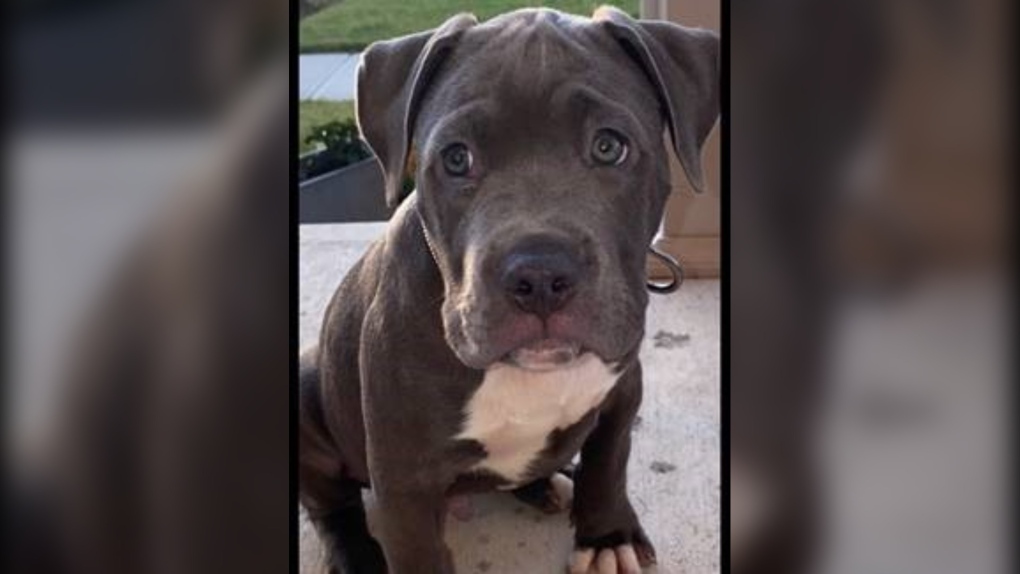 TORONTO -- Police are searching for suspects after they say an eight-week-old puppy was stolen during a home invasion robbery in Brampton earlier this month.

In a news release issued by Peel Regional Police on Tuesday, investigators say the incident occurred on July 12 at a home in the area of Great Lakes Drive and Sandalwood Parkway.

Police say a group of suspects armed with guns forced their way into a residence in the area and at the time of the incident, there were three adults and four children inside the home.

The suspects, police allege, assaulted one man after gaining entry to the house and proceeded to steal property along with an eight-week-old American Bulldog puppy.

The perpetrators then took off in a two-door, dark-coloured BMW, police say.

“Investigators are asking the public to report any information regarding the stolen puppy,” police said in a written statement.

“The puppy responds to Dreams or Dreamy and is currently recovering from surgery and will require medication.”

Police later clarified the dog is taking pain medication because of the surgery.