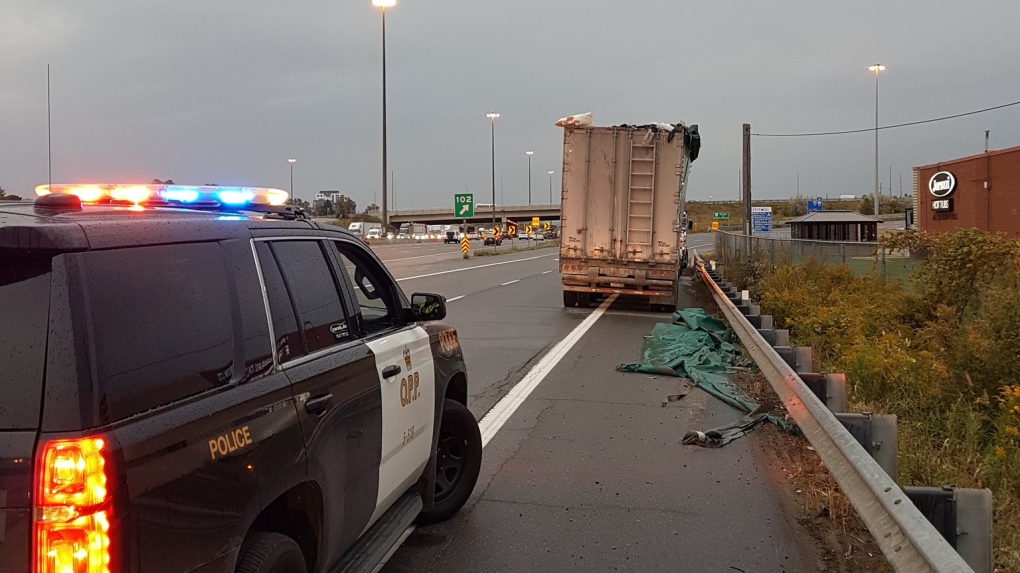 Ontario Provincial Police stop a truck driving erratically on the QEW on Oct. 15, 2020.

TORONTO -- An impaired driving charge has been laid after police said they stopped a truck driving erratically on a highway in Burlington Thursday morning.

Officers were able to stop the vehicle, but say that the truck had already hit the Walkers Line overpass.

Photographs posted to social media show that the truck left a trail of debris and garbage on the highway.

Multiple traffic complaints received this morning regarding an erratic Commercial motor vehicle on the #QEW wb in #Burlington. #OPP stopped the vehicle, which had already hit the #WalkersLine overpass, and arrested the driver for impairment by drug. Expect delays in area pic.twitter.com/Ga4ulOOuAd

OPP took the driver into custody and charged them with impaired operation by a drug and possession of a schedule 1 controlled substance.