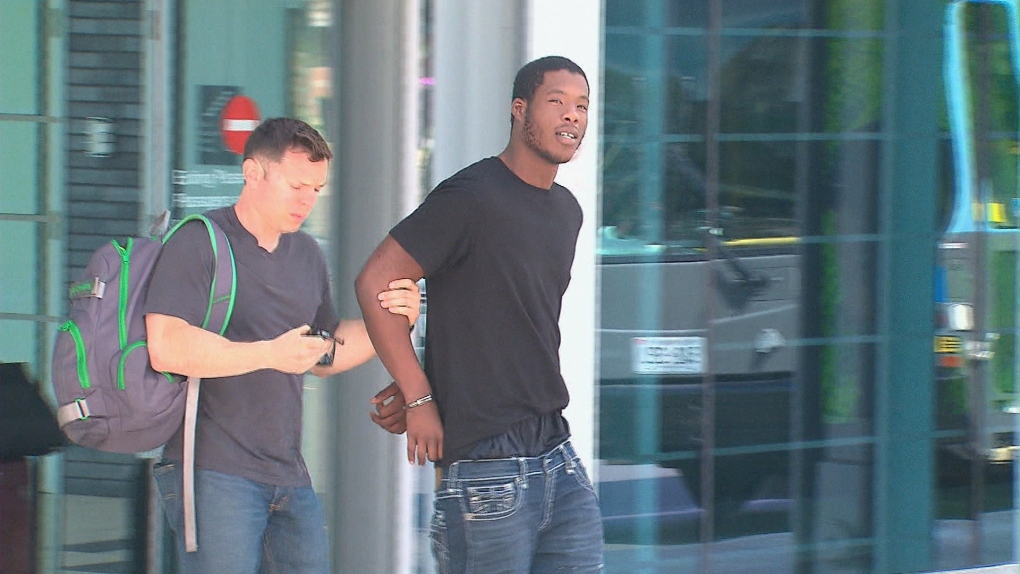 A suspect wanted on a Canada-wide warrant in connection with the alleged kidnapping and torture of two teens following a gang-related shooting is back in Toronto after being arrested in Montreal.

The arrest stems from incidents that unfolded beginning at a downtown condo two months ago.

According to police, on April 18, members of the Young Buck Killas gang were hosting a party at a unit on the 25th floor of a building on Front Street near Blue Jays Way.

At some point during the party, members of a second gang, the Queen’s Drive Crips, allegedly showed up. Gunfire was then exchanged between the two groups.

Police allege that members of the Young Buck Killas reconvened at a townhome on Swansea Mews in the city’s west end after leaving the condo.

That’s where it is alleged that members of the gang took the two 17-year-old boys hostage after deciding that they had tipped off members of the rival gang about the party.

Inside the townhouse, police said the boys were tied to a chair, beaten and forced to play Russian roulette with a loaded handgun.

The victims were later taken to two other addresses in the Lawrence Heights neighbourhood, where they were further beaten and forced to perform sexual acts.

Three suspects were previously arrested by police in connection with the investigation.

Quinton Gardiner, 19, was arrested on April 23 and charged with kidnapping-related offences.

Fifty-one-year-old Michael Hollinger was later arrested and charged with kidnapping, assault with a weapon, and obstructing police.

A 17-year-old boy is facing nine charges, including kidnapping for ransom, and using a firearm to commit an indictable offence.

Investigators previously identified a fourth suspect wanted on a Canada-wide warrant in connection with the case as 23-year-old Lincoln Anthony Richards.