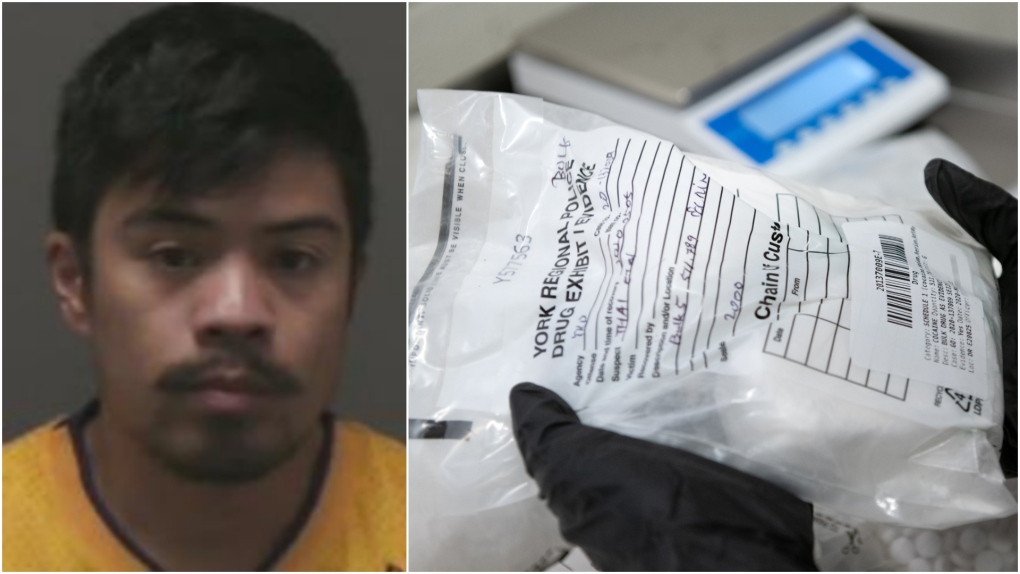 Shaun Villaneuva, 34, is seen in this undated photograph provided by police along with photos of drugs seized.

TORONTO -- Police are searching for a suspect in connection with a months-long drug and firearm investigation spanning across the Greater Toronto Area that led to the arrest of a dozen people.

Investigators said they received information in January about a suspect who was believed to be trafficking methamphetamine in the GTA. Officers later determined that the suspect was working with others to traffic both methamphetamine and cocaine.

Between the months of March and May, numerous search warrants were executed at residences and businesses across the GTA, including in Brampton, Mississauga and Toronto.

“Our initial information gave us a methamphetamine trafficker. Information gained by the surveillance conducted on the trafficker led us to further individuals that were identified as suppliers to this trafficker.” 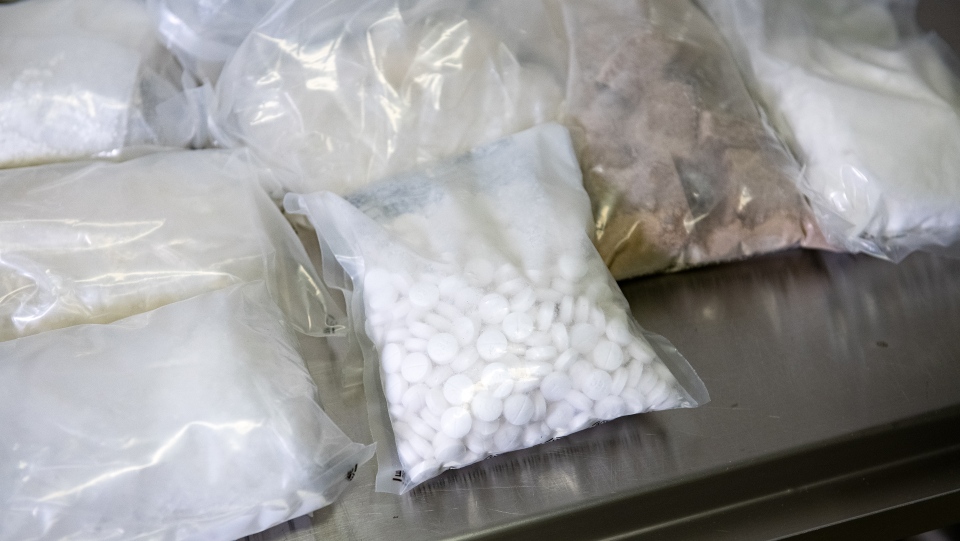 As a result of the searches, a large quantity of illegal drugs were seized, including more than five kilograms of methamphetamine, two kilograms of cocaine, 20 pounds of cannabis, 400 grams of ketamine, and 460 grams of MDMA, as well as prescription drugs oxycodone, xanax and percocet. A large amount of cash and ammunition was also found.

According to investigators, police also seized two vehicles that were equipped with specialized hydraulic hidden compartments.

“The trap doors are usually used by suppliers and traffickers to conceal drugs from both the police and rival drug traffickers,” Jarad added. 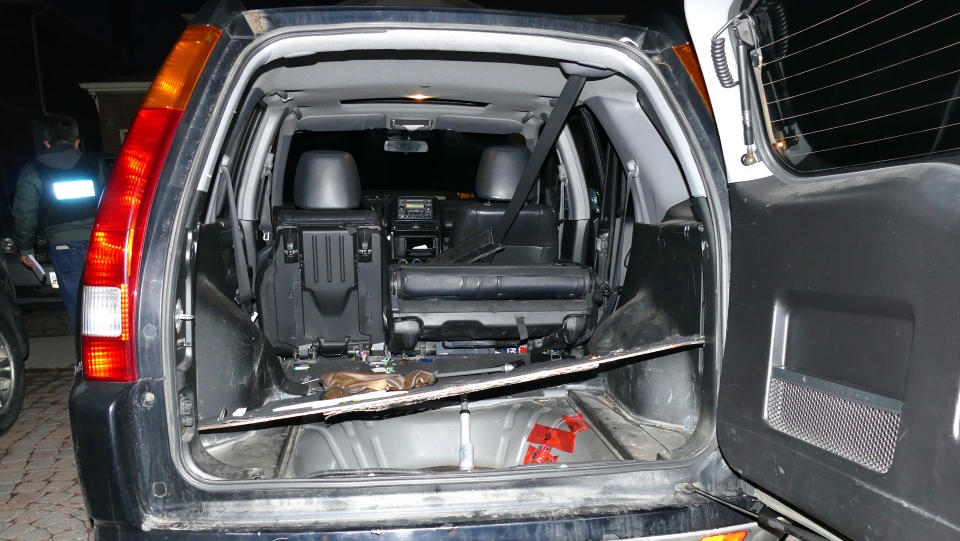 Twelve people have been arrested in connection with the investigation, facing a total of 75 charges. However, police say one suspect is still outstanding.

Toronto resident Shaun Villaneuva, 34, is wanted on numerous charges, including trafficking methamphetamine, cocaine, firearm and failing to comply with a release order. 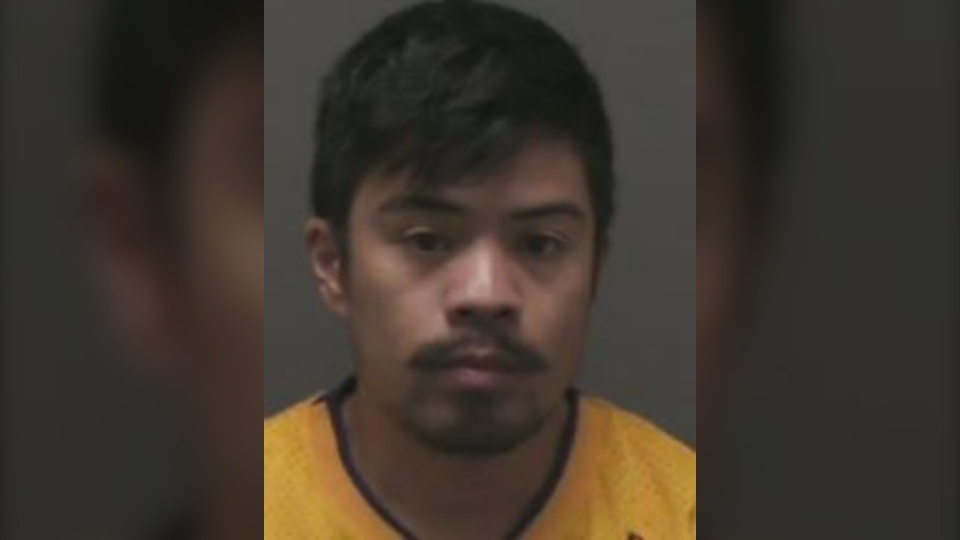 If seen, police are urging members of the public to call 9-1-1.

Police are also asking anyone who may have information about to contact investigators or Crime Stoppers immediately.