Suspect in 'vicious' attack on man with autism denied bail 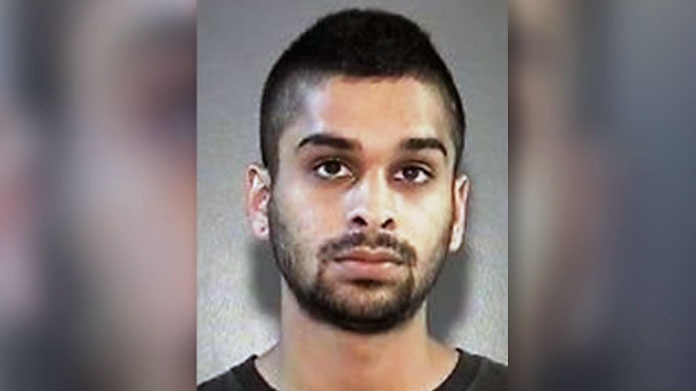 A 25-year-old man accused in the unprovoked beating of a man with autism was denied bail in a Brampton courtroom today.

Ronjot Singh Dhami is alleged to be one of three men seen in security video attacking a man with autism as he sits on the stairs at Square One bus station on March 13.

Dhami surrendered himself to police in Peel Region about a week later and was subsequently charged with aggravated assault.

The second suspect, 21-year-old Parmvir “Parm” Singh Chahil, was arrested by police in Windsor, Ont. and also charged with aggravated assault. He was released on $25,000 bail last month.

Dhami, who remains in custody, is also wanted by police in Toronto for his alleged role in a fight at a nightclub that took place just two days before the incident at Square One.

Toronto police previously said they intend to arrest and charge Dhami if he is granted bail and released.

But, since Dhami was denied bail and ordered to remain in custody, police will now need to seek a judge’s permission to formally charge him for the nightclub fight.

The third suspect has not yet been identified but investigators previously said they had reason to believe he may go by the name “Jason.”

Police described the attack on the 29-year-old man as “unprovoked” and “vicious.” They said the victim suffered a broken nose and some cuts to his face but was returned home to family shortly after.

Dhami will appear in court next on the morning of April 25 for a judicial pretrial hearing.