TORONTO -- Police have arrested a suspect on Friday night who barricaded himself at a Richmond Hill residence after he allegedly opened fire at an officer during a traffic stop twelve hours earlier.

Shots were fired in the area of Bayview Avenue and Major Mackenzie Drive at around 10:30 a.m., York Regional Police Const. Laura Nicolle told reporters at the scene shortly after.

“We know, at this stage, that an officer attempted to make a traffic stop, pulled over a vehicle and began interacting with the driver, who then pulled out a firearm and fired shots at the officer,” she said at around 1 p.m. “The officer returned fire and the suspect vehicle fled from the scene.”

No injuries were reported and investigators, at this time, are not clear on how many shots were fired. The incident left multiple vehicles damaged. 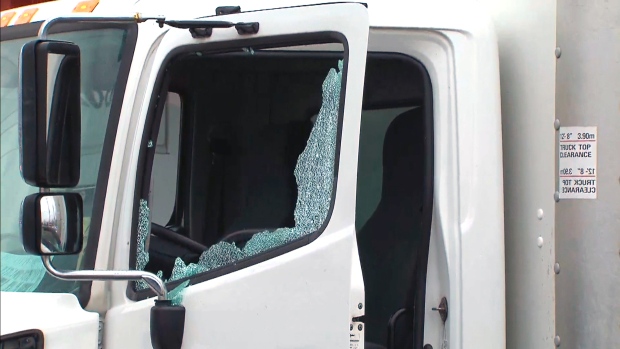 “The suspect vehicle went to a house not too far from here and at this stage the suspect is armed and inside a home,” she said.

RICHMOND HILL SHOOTING: there were no injuries to any members of the public or to the officer involved. It is unknown if the suspect has been injured. We have Emergency Response Unit officers containing the scene and negotiators attempting to get the suspect safely into custody

A “significant” amount of police resources have been deployed to the area to help take the suspect into custody. 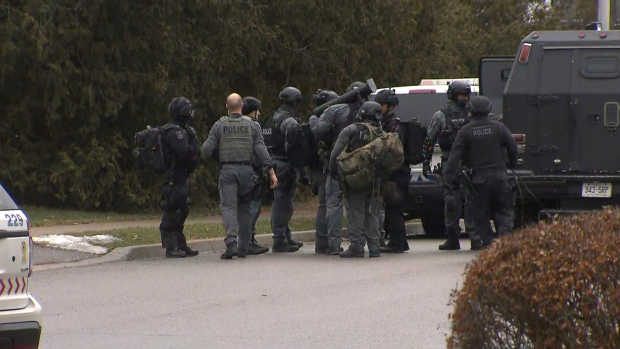 “We do have officers outside the house,” Nicolle said. “We have evacuated that initial area, but at this point we have officers trying to negotiate with this person to try to get him out safely.”

“For something like this, where we do have a suspect who was willing to actually fire shots in the middle of the day in a very busy, crowded area, that is a very dangerous and concerning type of situation that requires every resource that we have available to us.”

Nicolle said while there is a heavy police presence in the area, the officers’ main concern is the safety of nearby residents.

“The safety of the members of our community that are nearby where this is going on, that is the primary concern for us,” she said. “We have evacuated some of the homes that were nearby that could potentially be very close.”

“We have a very large scene here – the officers are making sure they are gathering every bit of evidence involved in this initial interaction.” 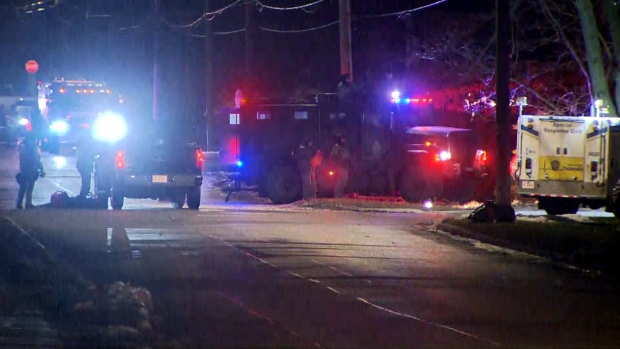 Just before 10:30 p.m., police tweeted that they have the suspect in custody.

A large police presence will remain at the scene as the investigation continues, police said.

The province's police watchdog has been called in to investigate the matter as well.

SIU investigating after man possibly struck during exchange of gunfire with police in Richmond Hill. Incident occurred at gas station in area of Bayview Avenue and Major Mackenzie Drive. More information to come.

The Special Investigations Unit is an arm’s length agency called in to investigate whenever police are involved in a death, injury or allegations of sexual assault.

Roads in the area remain blocked off as the investigation continues.