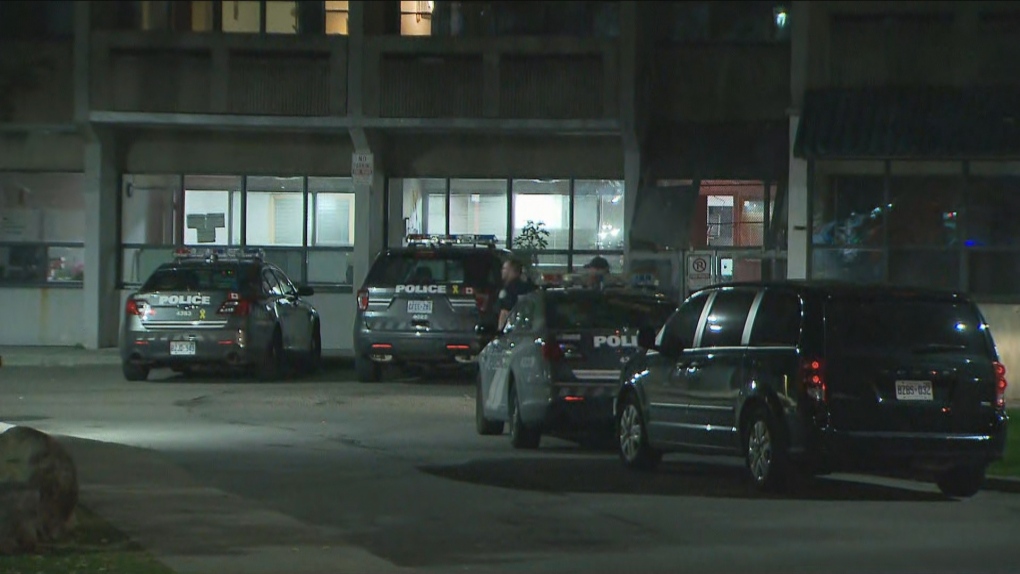 Toronto police are investigating a stabbing in Scarborough that left a woman seriously injured. (CP24)

Toronto police have named a suspect after a woman was stabbed and severely injured in an apartment in Scarborough’s West Hill area on Friday night.

Emergency crews were called to Kingston Road and Morningside Avenue at 9:20 p.m. Friday.

Paramedics said they found a woman in critical condition and rushed her to hospital for treatment.

On Saturday, police identified the suspect as 24-year-old Corey Cunningham of Scarborough.

He is sought for attempted murder and robbery.

Investigators say he is known to the victim.

Cunningham is described as a black male, standing five-feet-seven inches tall with a medium build, black hair and brown eyes.