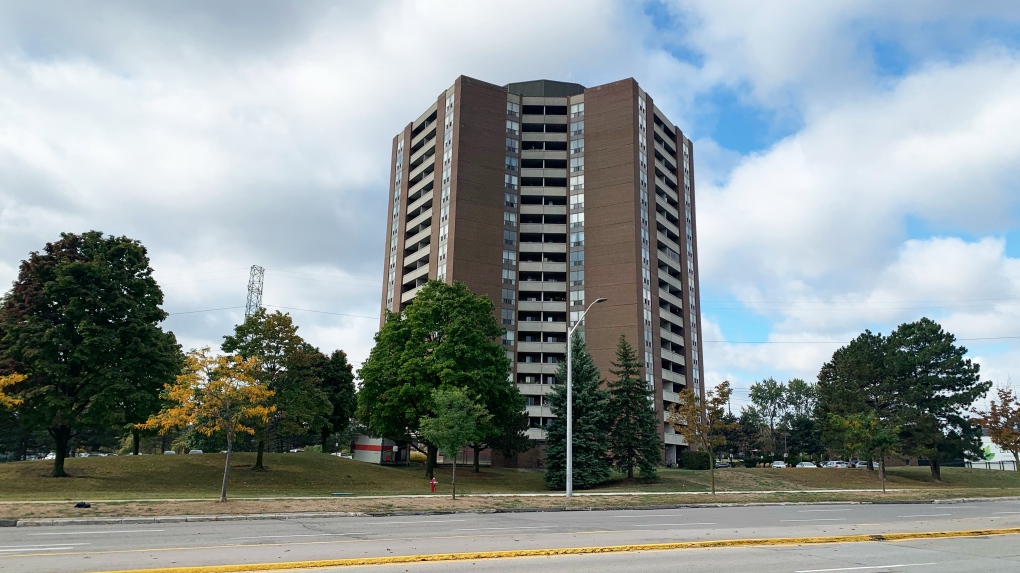 A Mississauga apartment building that was the site of a triple assault on Monday night is shown. (CP24 / Aaron Adetuyi)

TORONTO -- A 45-year-old man is dead and three women suffered serious injuries after they were assaulted in their home in Mississauga, Ont. on Monday night.

Peel Regional Police say they were called to an apartment at 1850 Rathburn Road East near Ponytail Drive at about 10:20 p.m. Monday for an assault.

Three women in their 20s, 50s and 80s were struck with a non-edged weapon and all three suffered serious but non-life-threatening injuries.

They are all recovering in hospital.

The perpetrator, who was known to the victims, fled the apartment and was later found dead in an adjacent hydro corridor.

Investigators say it appears he took his own life.