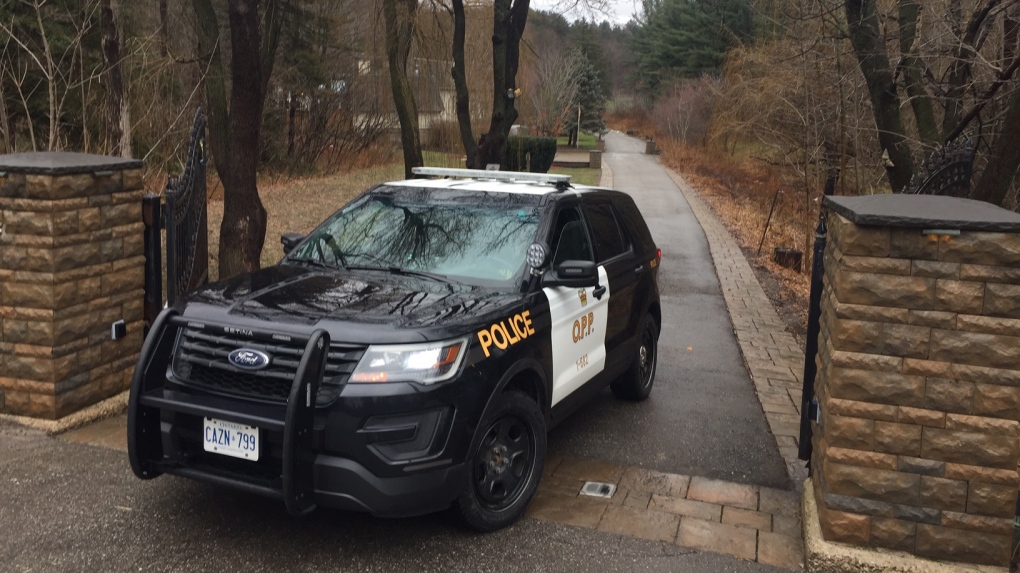 An OPP vehicle parks at the entry way to a Caledon, Ont. residence on Friday, Dec. 28, 2018 (CTV News/Steve Mansbridge)

A 20-year-old man has been charged in connection with the death of a Thornhill man in Caledon Thursday night.

The victim has been identified by police as 18-year-old Tyler Swartz. A post-mortem examination has been scheduled to determine the cause of death.

A suspect was taken into custody at the scene.

Caledon resident Jonathan Weir has been charged with first-degree murder in connection with the incident. Police said he appeared in court on Friday and remains in custody.

Police said the investigation is ongoing. Anyone with information about the incident should contact investigators at (905) 584-2241 or reach out to Crime Stoppers anonymously.