Police were called to a RBC branch near 16th Avenue and Markham Road around 8:10 p.m. for reports of an armed robbery.

In the video, which was obtained by CP24 from a neighbouring building, three people are seen exiting a dark-coloured vehicle parked right in front of the bank’s glass doors. They leave the doors to the car open as they run inside the bank. They are not seen leaving the building through the front doors.

About six minutes later, a police cruiser drives up to the building and an officer gets out and begins to search the perimeter. 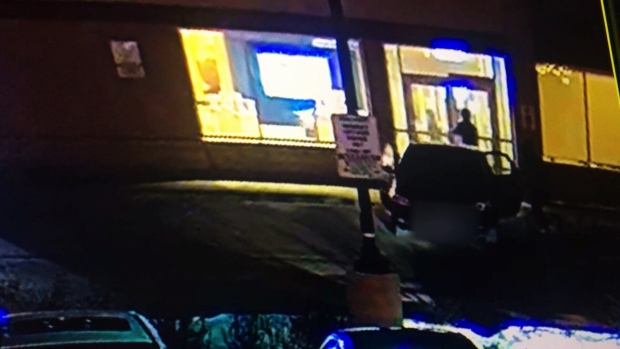 Police said that the suspects were armed with knives and a gun and allegedly ordered everyone onto the ground and demanded cash from the safe.

Officers said two bank employees were stabbed and two other people were kicked in the face.

One person was transported to a trauma centre with serious injuries while the others were taken to a local hospital for treatment. All four had non-life-threatening injuries.

Police arrested the teens, with the help of the K9 unit, at a townhouse under construction directly north of the bank.

The suspects, who are 13, 15, and 16 years old, are facing a number of charges, including robbery with a firearm, aggravated assault, disguise with intent, and unauthorized possession of a firearm. 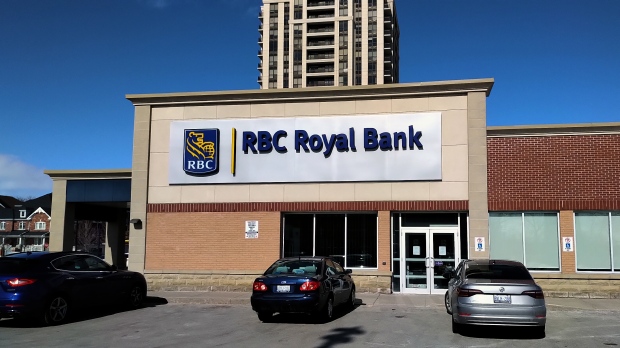 They appeared briefly in court on Thursday and cannot be identified under the Youth Criminal Justice Act.

Two of the suspects have no fixed address, while the third is from Mississauga.

Police said the vehicle allegedly used by the suspects had been stolen on Feb. 10 during a violent carjacking in Toronto.

“They pulled up in a vehicle and this vehicle has now been confirmed to be stolen," Const. Laura Nicolle told CTV News Toronto. "It was stolen during a violent carjacking incident where the victim was also stabbed in Toronto."

ROBBERY UPDATE: The suspects ages 16, 15 and 13, are now facing serious charges including Robbery with a Firearm, Aggravated Assault and several other charges. The investigation is ongoing https://t.co/MRC4qQIgqQ

The suspects, who cannot be identified under the Youth Criminal Justice Act, face a number of charges, including robbery with a firearm, aggravated assault, disguise with intent, unauthorized possession of a firearm and possession of property obtained by crime.

They appeared briefly in court on Thursday and have been remanded into custody.

Wednesday’s robbery is the latest in a series of bank robberies across the Greater Toronto Area in recent months.

York police said they have obtained evidence connecting these suspects to the additional robberies, but the suspects are not facing any charges in connection with those incidents yet.

“We’ve seen a very significant increase in robberies like this over the last few months,” Nicolle said. 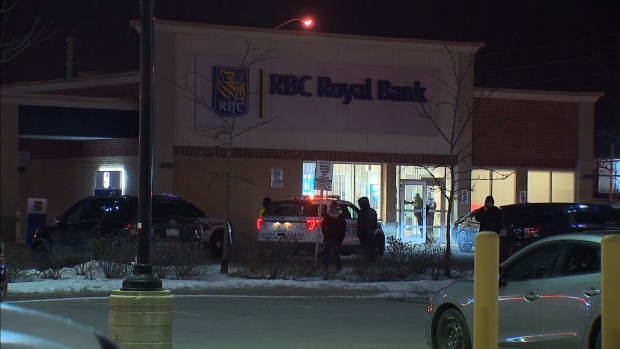 “We’ve had more robberies in only two months of 2020 than we’ve had in an entire year in the past, so our highest number for a full year was 17 and we’re close to 20 robberies at this point.”

She said the age of the suspects and the “level of violence” allegedly committed is shocking.

“This is the first one that I can think of recently where we’ve had employees of the bank essentially complying with the demands that they are given and so violently assaulted,” she said.