Summer-like weather is on the way for Toronto 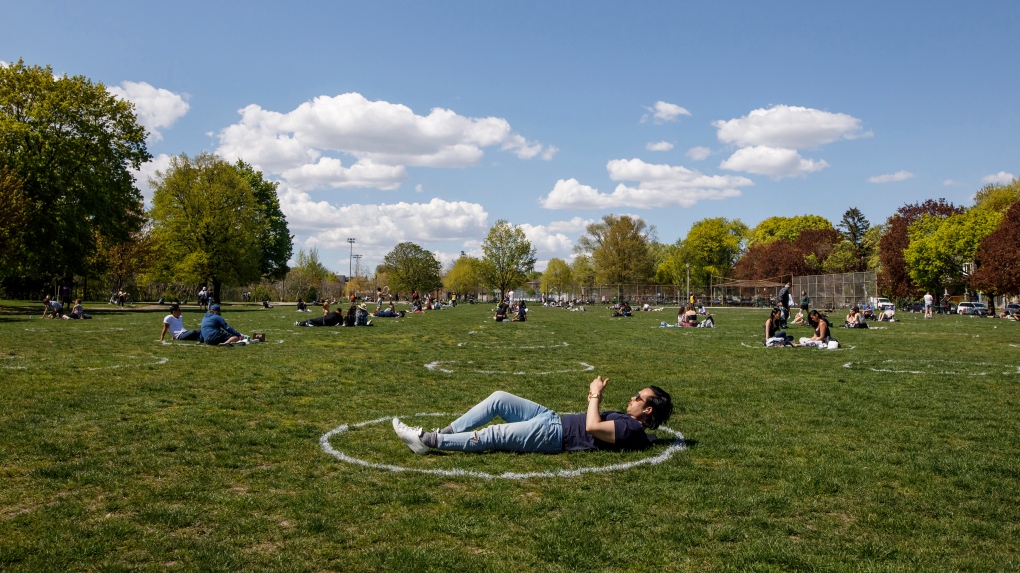 People use social distancing circles at Trinity-Bellwoods park in Toronto, Thursday, May 13, 2021. THE CANADIAN PRESS/Cole Burston

TORONTO -- After a cool and unsettled start to May, the second half of the month looks to bring significantly milder weather to much of the Greater Toronto Area.

The temperature in Toronto is forecast in the low 20s this weekend, and could climb to around 25 C by the middle part of next week.

The average daytime high in mid-May for Toronto is 19 C.

On Thursday, the city hit 20 degrees for the first time since April 10th. Two days of 20 degrees or higher were recorded in both April and March of 2021.

While Toronto’s forecast is bringing with it seasonal or slightly above-seasonal warmth, it’s not record heat. Highs to beat at this time of year are around 30 degrees most days.

With a warmer weather pattern also comes a hint of humidity and potential for instability in the atmosphere. There’s a chance of pop-up showers and thunderstorms over the weekend, but not everyone will get active weather.

Toronto has also picked up about 7 millimetres of rain so far this May, which is trending slightly below normal.