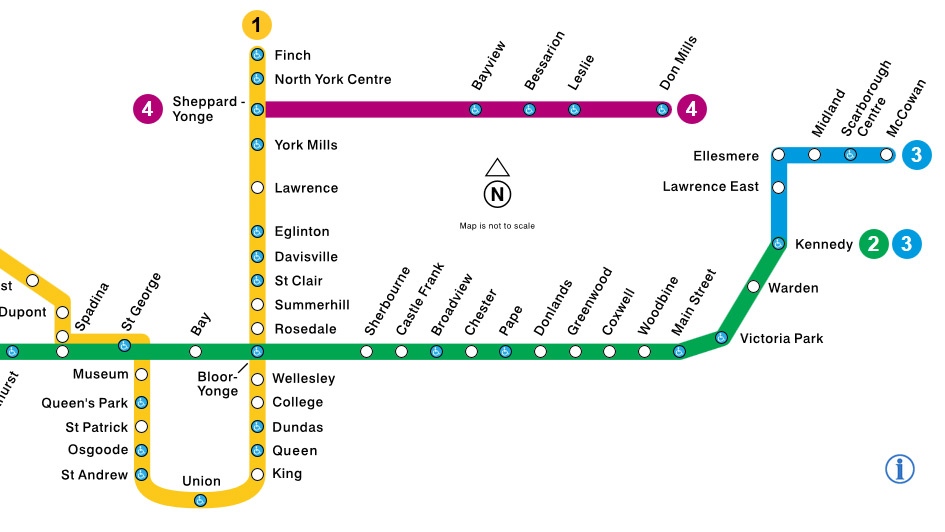 A map of the TTC's subway system is shown. (TTC)

Service has resumed along stretch of the TTC's Yonge subway line following a track-level electrical fire at St. Clair Station.

The fire was reported at approximately 8 a.m. Trains were forced to turn back at both Eglinton and Bloor-Yonge Stations as crews worked to restore service.

As a result, there was no subway service at Davisville, St. Clair, Summerhill and Rosedale Stations.

All service was restored shortly after 9 a.m.