TORONTO -- Three teens who had pleaded guilty to assaulting and sexually assaulting two fellow students at an all-boys Catholic school in Toronto smiled, cried and hugged their families on Thursday after a judge sentenced them to two years of probation, sparing them jail time.

The judge said the teens are intelligent and "excellent candidates for rehabilitation," but warned them they must be strong members of society going forward.

"When you encounter bullying or hazing again, I take you at your word that you will call it out to the perpetrators and your peers," Weagent said to the teens. "Your message has to be: it is always wrong for older, stronger or more senior males to sexually humiliate, bully, or assault their more vulnerable colleagues, particularly when the behaviour masquerades under the guise of acceptable male sports culture.

Court heard there were two sexual assaults at St. Michael's College School last fall where boys involved with one of the school's football teams pinned down two different victims and sexually assaulted them with a broom handle in a locker room. One teen was also beat with a broom handle on his buttocks, but there were no pleas related to that incident.

The perpetrators and the victims cannot be identified due to provisions in the Youth Criminal Justice Act. 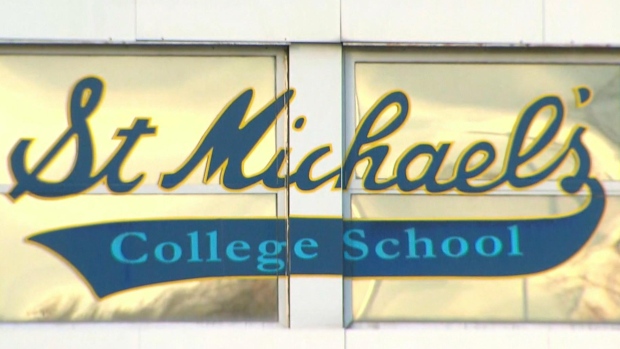 "This was male on male simulated rape, ostensibly done in the pursuit of fun and excitement, but really perpetrated for the purposes of humiliation and subordination."

The judge also had harsh words for the boy who recorded one sex assault and shared it with another student.

"Knowing the video exists and absent proof that all copies have been erased, leaves the youthful victim subject to the persistent fear of further public exposure and undermines his ability to move forward with his life," Weagent wrote.

The scandal erupted in November 2018 when police launched an investigation into allegations of sexual assault and assault on campus. Investigators said they uncovered eight incidents and proceeded with charges against seven boys for three of those incidents.

The charges against two other students have been dropped, while another one received a two-year probationary sentence with no jail time after pleading guilty.

The judge cited that teen's sentence as part of the reason the three other teens received two years probation.

The seventh teen is scheduled to go to trial next year.

The allegations sparked a national conversation about bullying and had a profound effect on the school's community.

The fallout hit the school's administration, with the principal and the board president resigning amid criticism of its handling of the case.

An independent committee set up to examine the culture at St. Michael's found that bullying remained a "systemic" problem despite extensive measures taken by the school in the wake of the scandal. It also found hazing was not a problem.

The committee issued a 123-page report in August that offered 36 recommendations, including developing a comprehensive strategy to address bullying and robust staff training to deal with the issue. The school promised to adopt all recommendations.

The judge said the school's bullying culture played a role in the boys' behaviour.

"I conclude that the criminal behaviour in that locker room was fertilized by an atmosphere in which bullying was part of the normative culture of the there boys being sentenced today," Weagent wrote.

"The incidents in this case were a further and more extreme criminal extension of what was already going on in their school lives."

In a statement Thursday, St. Michael's said it continues to pray for "all of the individuals involved and their families," but declined further comment.

One of the teens who pleaded guilty stood up and addressed court.

"I'm sorry for the victims and their families and I regret my actions," the teen said.

The other two perpetrators did not talk.

This report by The Canadian Press was first published Dec. 19, 2019.