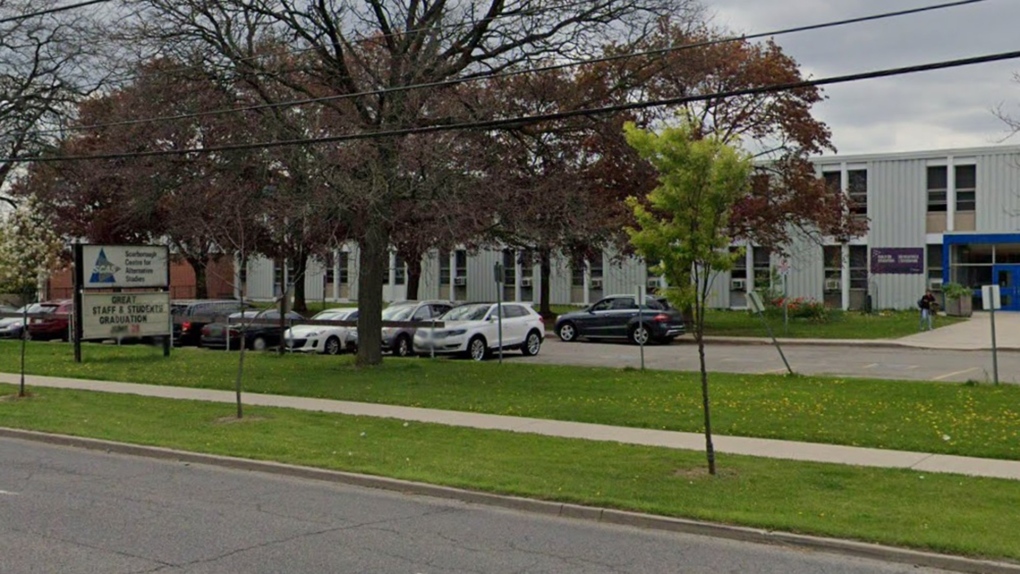 The Scarborough Centre for Alternative Studies is shown in a Google Streetview image.

TORONTO -- Four students have been charged after "misogynistic" messages were written on a memorial board at a Scarborough school that commemorated the 30th anniversary of the École Polytechnique massacre.

Police said four men "damaged" the memorial plaque, which was sat in the lobby of the Scarborough Centre for Alternative Studies in the Midland Avenue and Danforth Road area, on Tuesday, Dec. 3.

A spokesperson for the Toronto District School Board said that a temporary message board was set up in the lobby of the school as part of a display to mark the anniversary.

The memorial paid tribute to the fourteen women who were killed in the mass shooting in 1989, which targeted students in a mechanical engineering class at the university based in Montreal.

"After school ended ... staff were alerted to misogynistic messages that had been written on the board and Toronto police were notified," spokesperson Ryan Bird told CTV News Toronto.

"This kind of language is completely unacceptable and will not be tolerated at any TDSB school."

He said that once the police investigation concludes, the TDSB will begin its own probe, which could result in "disciplinary action up to and including suspension or expulsion."

The four suspects have been charged by police with mischief under $5,000.

They are expected to appear in court on Jan. 14.