Student shocked to get $17,500 bill for guardrail repairs after crash on Highway 407

A university student was shocked to get a nearly $18,000 bill four months after she was involved in a crash on Highway 407.

Hayley Newman-Peteryshen said it was bad enough being in the collision, but got another shock last week when the highway billed her for replacing a section of the guardrail she struck during the crash.

She said she was driving on Highway 407 in June when a truck in front of her lost a piece of lumber from its load, causing her to swerve and hit the guard rail. 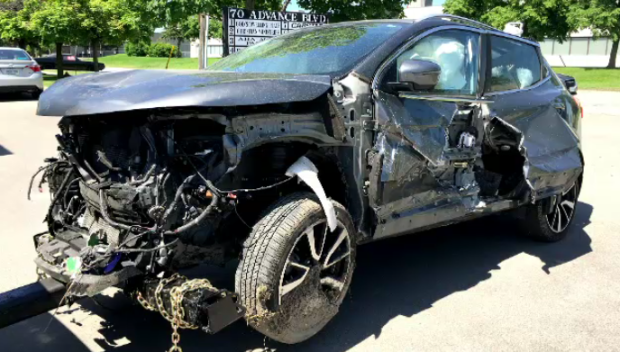 "As a student, I thought that is four years of my education costs,” Newman-Peteryshen told CTV News Toronto. “I don't know how I would pay that.”

"Going from driving and listening to music to being in a ditch and having airbags in my face was very disconcerting,” she said.

Her parent's vehicle was written off and replaced by their insurance company weeks after the crash, but the bill from the crash took four months to arrive in the mail.

While at first they were concerned they were supposed to pay the bill, their insurance company informed them the cost of emergency services, accident cleanup and replacing the guardrail was covered under their insurance policy.

A spokesperson with Aviva Canada Insurance told them "the 407 is within its rights to ask for payment. This is billed to the insurance company based on the liability coverage under the policy."

The Insurance Bureau of Canada's Pete Karageorgos said it's common for all roadways in the province and municipalities to seek payment for repairs following accidents.

"It can be for guardrails, posts, bridge abutments. If you're in a vehicle and it damages property you can expect to be served with a notice to pay those damages" Karageorgos said. 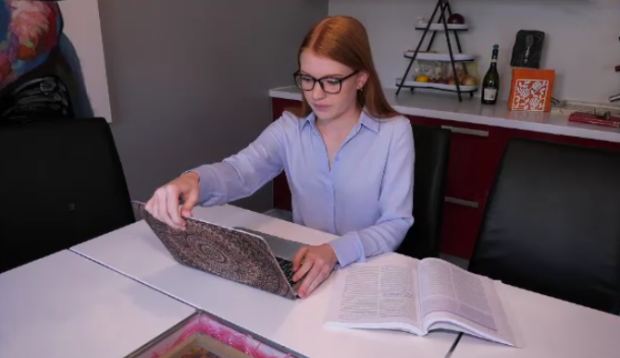 Motorists who cause an accident that damages a fire hydrant or a neighbours fence, you would also be expected to pay for the repairs.

Hayley's mother, Tanya Peteryshen, feels since her daughter didn't cause the crash her insurance company shouldn't have to pay the bill. She is now concerned it could affect her insurance premiums.

"I believe I will be dinged in the future between this bill and the costs to replace my SUV. I bet I am going to see an increase," Peteryshen said.

The family said they hope to meet with the 407 ETR to see if there is video of the accident they can review.

The 407 ETR said damage to guardrails must be repaired immediately to maintain the safety of the highway.

The insurance industry says it's also a reason for drivers to make sure they have the proper insurance coverage because in the event of an accident you may be responsible for paying to repair a lot more than just your car.