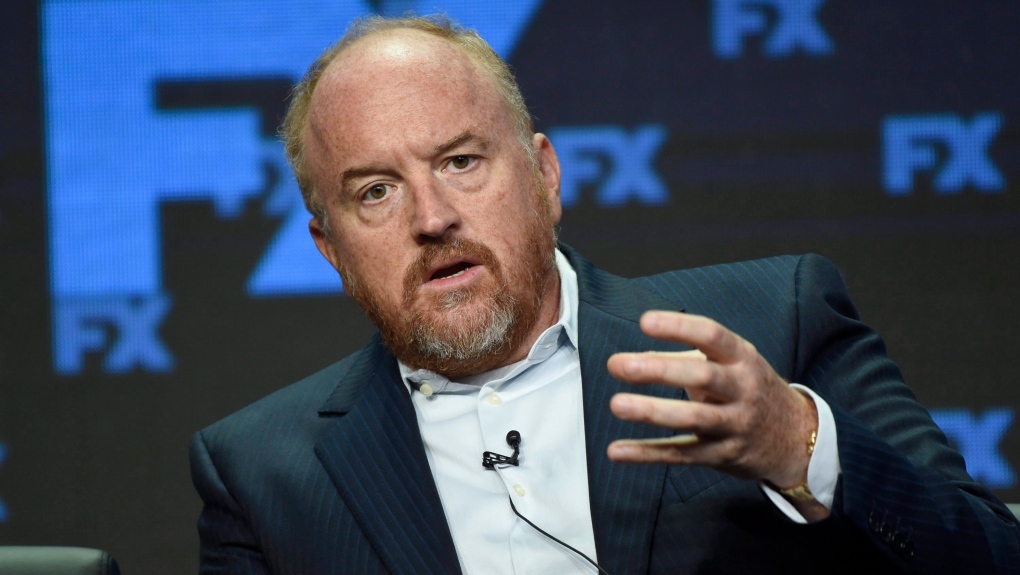 TORONTO -- Embattled comic Louis C.K. is coming to Toronto for a string of standup dates, and he's imposing some pretty strict conditions on the audience.

The former HBO star kicks off a five-day residency at Yuk Yuk's on Wednesday but the comedy comeback involves some rules for the audience: namely, no phones, and no "recording of any kind, including note taking."

Anyone who violates those rules will be asked to leave.

The conditions are detailed on Yuk Yuk's website, which also notes that Louis C.K. owns the rights to all jokes and sketches delivered during his performance, and that the materials may not be copied or distributed, in whole or in part, "in any form, media, or technology now known or later developed" without the comic's written consent.

Yuk Yuk's responded Friday to a request for comment with an emailed statement from a generic head office address that professed: "We don't censor artists."

"We want them to perform without scrutiny," said the chain, whose CEO Mark Breslin has previously described the club as an "absolute free speech zone."

"We understand that not everyone will agree with our decision and we respect their right to disagree. We also respect Louis C.K.'s right to perform."

C.K. has faced a rocky return to the spotlight since admitting two years ago to sexual misconduct involving several female colleagues, including claims he exposed himself and masturbated in front of them without their consent.

The allegations had swift impact on the comedy giant -- he lost a production deal at FX; his dark comedy, "I Love You, Daddy," was pulled from distribution; and Netflix dropped a planned C.K. stand-up special.

The comic eventually returned to the club circuit, but came under fire again last year when audio posted online, purportedly from a December 2018 show, appeared to capture him mocking student activists who survived the deadly school shooting in Parkland, Fla.

While it's not uncommon for artists to ban recording devices and cell phones, it is unusual for "note-taking" to also be banned.

Yuk Yuk's says cell phones and smart watches will be secured in Yondr cases that audience members can keep with them. But they will only be able to use their phones at designated areas in the venue.

Interest in the Toronto dates appeared strong. By late Friday afternoon, the Yuk Yuk's website said the entire run was sold out.

Tickets are $35, plus a convenience fee.

This report by The Canadian Press was first published Sept. 27, 2019.