TORONTO -- An 11-year-old girl was nearly injured after a stray bullet flew through the window of her Toronto apartment Wednesday night while she was lying in bed.

Police were called to the area near Shoreham Drive and Jane Street in North York around 8 p.m. after receiving multiple reports that someone had been shot.

When emergency crews arrived at the scene, they found three people with injuries. Police said that each victim sustained wounds to their legs and were rushed to the hospital in serious condition.

At the time gunfire erupted, the young girl was lying on her mother’s bed scrolling through her phone. A stray bullet smashed into the bedroom window, less than a metre above her head. 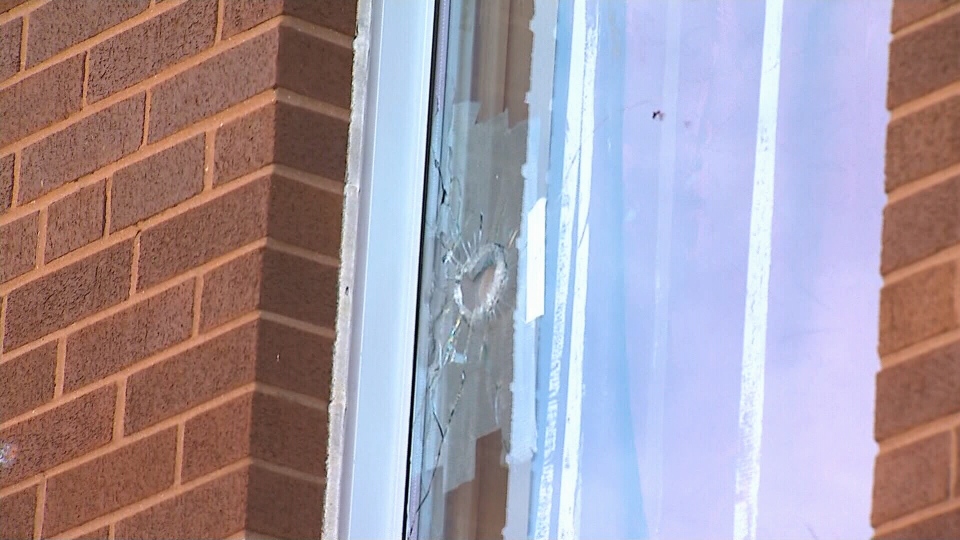 The girl’s mother returned home later that night to find the bullet hole in the window.

“She said ‘mommy I’m scared.’ I said what happened, she said she heard (a) gunshot and it went through the window,” the girl’s mother, who wished to only be identified as Tessy, told CTV News Toronto on Thursday afternoon.

“I didn’t even believe my eyes. When I came to my room and I saw that it is true and she was lying right there.”

The child did not suffer any physical injuries.

Police are searching for multiple suspects in connection with the shooting. Two of them have been described as Black males. One was last seen wearing a white hoodie and black track pants with a white stripe while the other was wearing a black or grey hoodie, a baseball cap and blue jeans. 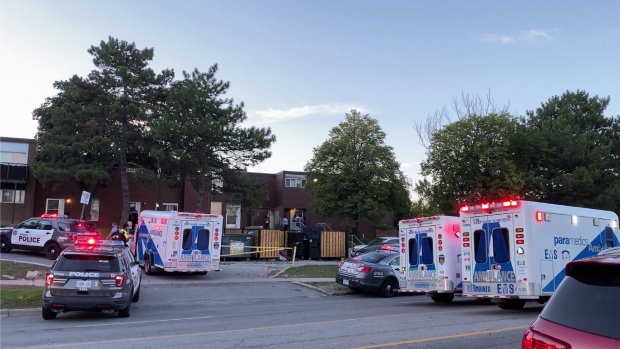 The incident was one of three shootings to take place in the city Wednesday night. Three people were injured in two separate shootings in north Etobicoke—one near Mount Olive Drive and Kipling Avenue and the other in the area of Martin Grove and Finch Avenue.

Police say they do not know if the shootings are connected.

According to data from Toronto police, there have been 296 shooting and firearm discharge incidents in the city so far this year.

By comparison, officers responded to 273 incidents at this time last year.