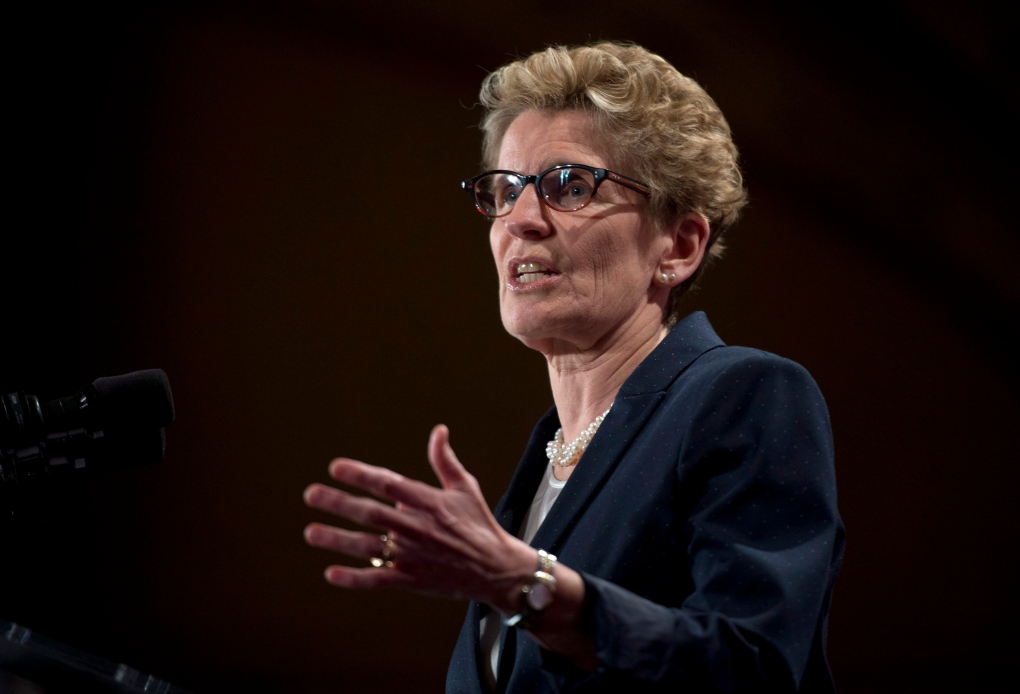 TORONTO -- Advocates who work with victims of human trafficking are urging the Ontario government to adopt a private member's bill to take immediate action to address what they call a crisis.

"The average age when most girls are trafficked into prostitution is 14, and many don't even recognize that they've been trafficked until it's too late."

Simone Bell of Ottawa, a victim of trafficking, said she frequently came into contact with police, nurses, doctors and social workers during her four years as a prostitute, but felt they judged her on her appearance and never offered her any help.

"My plight was invisible to the many provincial systems and front-line workers who should have protected me," said Bell. "(They) missed many opportunities to intervene and help extricate me from the exploitive situation. How can you come forward when people are making you feel ashamed?"

"No child or youth is a prostitute," she said. "They are being prostituted, which is exploitation. It is human trafficking."

Progressive Conservative women's critic Laurie Scott has a private member's bill that would give police the power to enforce protection orders against traffickers on behalf of the victims, and to assess punitive measures if breached.

Victims' families, police and Children's Aid Societies would be able to apply for a minimum three-year protection order from traffickers.

"They need the means to get out from under and get away from traffickers," said Scott. "Three years is the minimum to start to recover, and is also a deterrent for the trafficker to stay away from the girls."

The bill would also allow victims to seek compensation in court and add convicted traffickers to the province's sex offender registry.

Premier Kathleen Wynne told the legislature that Ontario will have a comprehensive strategy to combat human trafficking by June, and said it would be "much broader" than Scott's legislation.

"I'm sure that some of the measures in the private member's bill that the member is bringing forward will be part of the conversation as we develop the strategy, but it will only be part of it," she said.

Scott said the government should immediately give police the funding to dedicate detectives to human trafficking and provide better training for new officers, and urged Wynne to pass her bill without waiting for the new strategy.

"The government can take immediate actions now, and it has to before one more lost soul is dragged into this horrific, evil practice," she said.

The Joy Smith Foundation, which was created to fight human trafficking in Canada, said it supports Scott's bill, called the "Saving The Girl Next Door Act."

The bill received second reading, or approval in principal, Thursday and will go to the legislature's justice committee for further consideration.

Bell said many victims give up on trying to get justice in the courts, which is why Scott's bill with the protection orders is so important.

"I pulled out because I did not feel safe, did not feel protected," she said. "At the end of the day, as a victim of trafficking, when you go through the court system what do you get out of it at the end? Nothing."

Wynne agreed the issue has reached a crisis point, and said Ontario is working with Manitoba to see how that province is trying to deal with human trafficking.

"This work connects with the work on the inquiry on missing and murdered indigenous women," she said.

A report issued in December by a legislative committee found Ontario has become a "major hub" for human trafficking and sexual violence, with 90 per cent of the victims being local underage girls and young women.