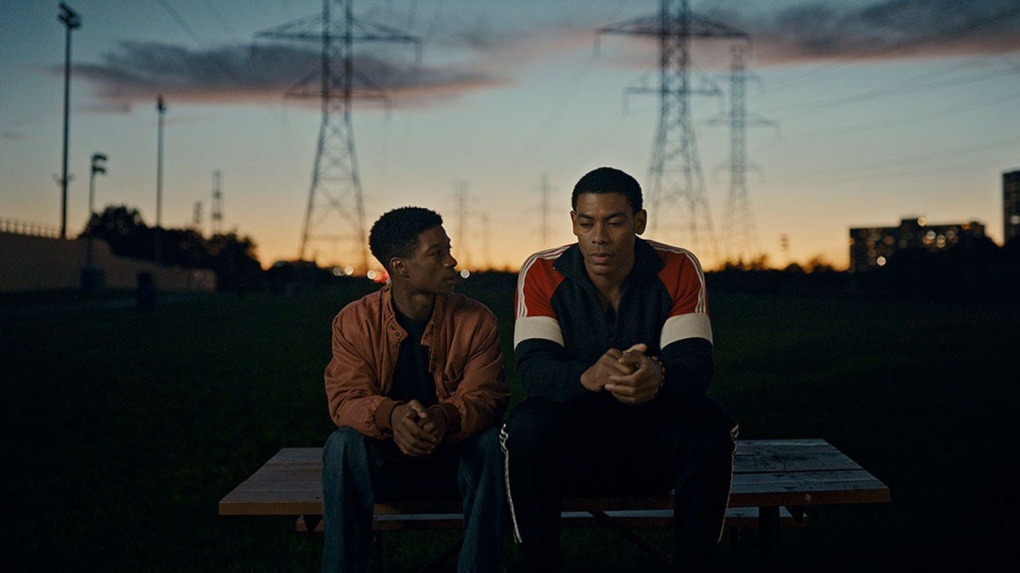 A scene from the film "Brother," is shown in a handout photo. THE CANADIAN PRESS/HO-TIFF

Stories of youth and queer culture are being elevated in the Canadian lineup at this year's Toronto International Film Festival and some filmmakers say the uplifting themes come at a much-needed time.

Gail Maurice, director of "Rosie," the story of an Indigenous orphan raised by her Francophone aunt and two friends who refuse to be restricted by gender, said she believes a vibrant generation is emerging from a "dark and uncertain" period.

"We need hope, we need to show our power and our resilience to survive," she said after a press event at Toronto's TIFF Bell Lightbox.

"We've had this quiet time to reflect and be with ourselves. We're finally saying, 'I'm telling the story I want to tell."'

Maurice's comedy-drama was one of numerous films in the full Canadian TIFF program unveiled on Wednesday that explored queerness or Indigeneity. Hers took on both subjects, with a cast and crew of largely female and LGBTQ people.

Luis De Filippis, writer and director of transgender coming-of-age film "Something You Said Last Night," said Canadian moviemaking is in the midst of a pivotal movement for queer filmmakers.

It's also a significant moment personally for De Filippis, who 10 years ago was working at the TIFF movie house as an usher.

"I think we're just muscling our way to the front," De Filippis said.

"The girls are like, 'We're here, and we're sick of other people telling our stories incorrectly.' It feels correct. It feels like this is a moment. There's a new wave happening."

Kelly Boutsalis, associate programmer of Canadian features at TIFF, said she saw a surge of coming-of-age tales submitted for consideration at this year's festival, including "I Like Movies," which takes place in a video store circa 2003.

"It got to the point of, we cannot make this 'all teenagers, all the time' at TIFF," she said.

"The interesting thing coming out of COVID is a lot of people focusing on that time."

She added: "People are telling their own stories and they're telling (them) authentically. It would feel remiss if we didn't have those stories at the festival because they're everywhere, they're relatable and we need to have them."

"Brother" director Clement Virgo said returning to TIFF with his first feature film in more than a decade, a tale set in Toronto's hip-hop scene, carried a new-found perspective.

"As a younger filmmaker, you take it for granted. But as a filmmaker who's been making film for over 20 years now ... I feel a lot of gratitude, I feel honoured."

Some Canadian artists are offering slivers of their own lives through documentary films -- Inuk throat singer Tanya Tagaq tells her story in "Ever Deadly," co-directed by Chelsea McMullan, while "Buffy Sainte-Marie: Carry It On" is about the life of the legendary Cree artist and activist.

Among other documentaries on deck are Babak Payami's "752 Is Not A Number" about the 2020 shoot-down of a Ukrainian plane in Tehran that killed 176 passengers, many of whom were Canadian, and "Black Ice," which examines anti-Black racism in hockey and is executive produced by LeBron James and Drake.

Producer Vinay Virmani said five years ago when he was first approached about "Black Ice" it raised "so many questions about why we don't know this Black hockey history."

The documentary will "ask a lot of questions about this game we pride ourselves in, but we know culturally there are so many things wrong with," he added.

TIFF's closing night selection, "Daliland" comes from Ontario-raised director Mary Harron. The film stars Ben Kingsley as Salvador Dali, with embattled actor Ezra Miller playing the surrealist artist in his younger years. Miller was not named in TIFF's announcement, which coincided with the star being charged with felony burglary in Vermont earlier this week.

As in-person events return, many of the movies seem primed for the theatrical experience, including "The Swearing Jar," a musical from Lindsay McKay who appeared at the festival in 2014 with her debut feature "Wet Bum."

"We did our final mix of the film in a theatre, and because it has a musical element, hearing it in that space is so important," she said.

"It's an experience you want to hear loud ... to have it in a big room with a large audience is that much more exciting."

Episodes from the final season of Ontario-shot "The Handmaid's Tale" will mark their debut while Tegan and Sara's autobiography gets reinterpreted into the series "High School," co-directed by Clea DuVall and filmed in the twin sisters' Calgary hometown.

Other Canadian films announced include "Stellar" from Darlene Naponse, an Anishinaabe filmmaker who won TIFF's Air Canada Audience Choice Award in 2018 for "Falls Around Her." The film stars Elle-Ma╠üija╠ü Tailfeathers and Braeden Clarke as star-crossed lovers who share a cosmic encounter at a bar in northern Ontario.

Edmonton-born filmmaker Graham Foy's "The Maiden" is about a trio of teenagers whose summer fun takes a turn for the surreal, and Toronto-raised director Nisha Pahuja's documentary, "To Kill a Tiger," is about a farmer in India fighting for justice in the gang rape of his 13-year-old daughter.

Katherine Jerkovic, who won the Best Canadian First Feature Award at TIFF in 2018 for "Roads in February," is back with "Coyote," about a cook-turned-cleaner in Montreal whose hopes of returning to the kitchen are dashed when he's asked to look after his grandson.

Also on Wednesday, the federal government announced it's investing $10 million to support TIFF's comeback as an in-person cinematic attraction.

The funding will help TIFF reclaim some of its pre-pandemic lustre and lost revenues after COVID-19 forced the festival to go digital, Public Safety Minister Marco Mendicino said in a statement.

This report by The Canadian Press was first published Aug. 10, 2022.