Stars come out at Indian Academy Awards in T.O. 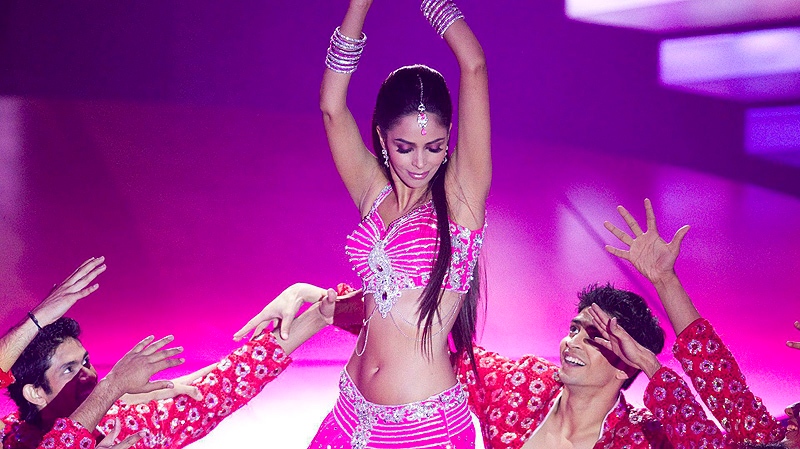 The anticipation surrounding the Indian 'Oscars' kicked into overdrive in Toronto on Saturday, as screaming fans awaited the culmination of a three-day celebration of Indian cinema and entertainment.

Hordes of Indian-film enthusiasts packed into a barricaded area behind the Rogers Centre on Saturday night waiting for their favourite stars to arrive.

"Every time a car passes through ... if they think it's someone recognizable, they yell, they scream, they explode," said CTV's Colin D'Mello from the award show's traditional green carpet.

Part of the show was to include a three-minute tribute to Canada.

"They wanted to marry Bollywood and ‘Hollywood North,' as you would call it in Toronto here," said D'Mello.

As fans anxiously await the glitzy award show, Bollywood's largest star remained uncertain whether he will be able to dance at the event.

Superstar Shahrukh Khan -- nicknamed King Khan -- warned fans on Friday that a knee injury could prevent him from performing at the award show.

Khan was scheduled to give the final performance of the night, but the nagging injury threw the performance into doubt and cast a shadow over fans eager to see him perform in person.

The massive crowd gathered outside the Fairmount Royal York hotel made that clear as they grew quiet when Khan broke the news to them Friday night.

"I am doubtful if I can perform. But, I will see how I can entertain my fans," Khan told the crowd. Khan later broke into an impromptu but low-impact dance routine inside the hotel.

Khan's film "My Name is Khan" is up for six nominations including best film.

The IIFAs are considered the biggest event in Indian entertainment, drawing thousands of tourists to host cities every year. This is the first time the massive celebration has been held to North America.

"The partnership that we have struck with Ontario will lead to greater benefits to both countries in terms of entertainment, trade and tourism," said Sabbas Joseph, director of show producer Wizcraft International.

"Toronto is definitely the gateway to North America and we hope to maintain a great relationship with this amazing country for years to come."

The broadcast of the show was expected to be viewed by 700 million people around the world.

Hundreds of international stars attended the event, including Jermaine Jackson, who performed a new song to honour brother Michael at an IIFA event Friday night.

While the award show is the culmination of the event, several post-award events will be held on Sunday.