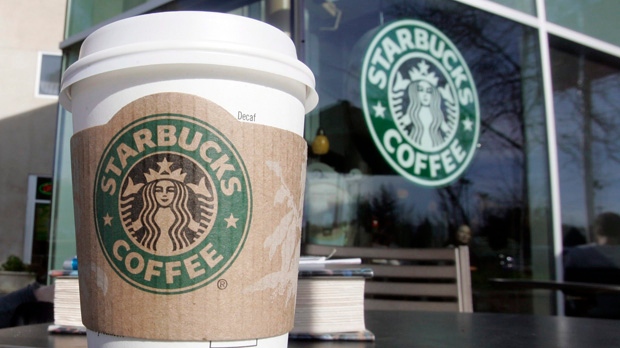 TORONTO -- Do you know how many calories are in that venti Caramel Frappuccino?

You may not now, but soon those numbers will be staring you in the face when you place an order at Starbucks.

The world's largest coffee chain is adding calorie counts to its menu boards for all beverages and food items sold in Canada.

The changes will come into effect for drinks on Sept. 29 and food items on Nov. 2.

The Seattle-based company says the new menu board labelling is part of its effort to be transparent with customers.

The calorie counts will only apply to standard orders, as any revisions, such as substituting a type of milk or the addition of whipped cream, will change the calories on an item.

For the last ten years, Starbucks Canada has already provided nutritional information -- including caffeine, saturated fat, trans fat, carbohydrates and sugar amounts -- on its website, and more recently through its mobile app since it was launched last October.

"We believe food and beverage transparency is important. Menu labelling provides our customers and employees with the information they need to help make informed decisions," said Rossann Williams, president of Starbucks Canada, in an email.

Williams said customers want to know this information and doesn't think it will turn people away from the favourite drinks.

The first Starbucks Canada location opened in Vancouver in 1987. The company now has more than 1,200 locations across the country.

Starting in January, Ontario will become the first province to mandate caloric information on menus for all restaurants with 20 or more locations.

The Ontario government says that more than 60 per cent of large chain restaurants in the province provide nutritional information on their website, in their restaurants or by request.