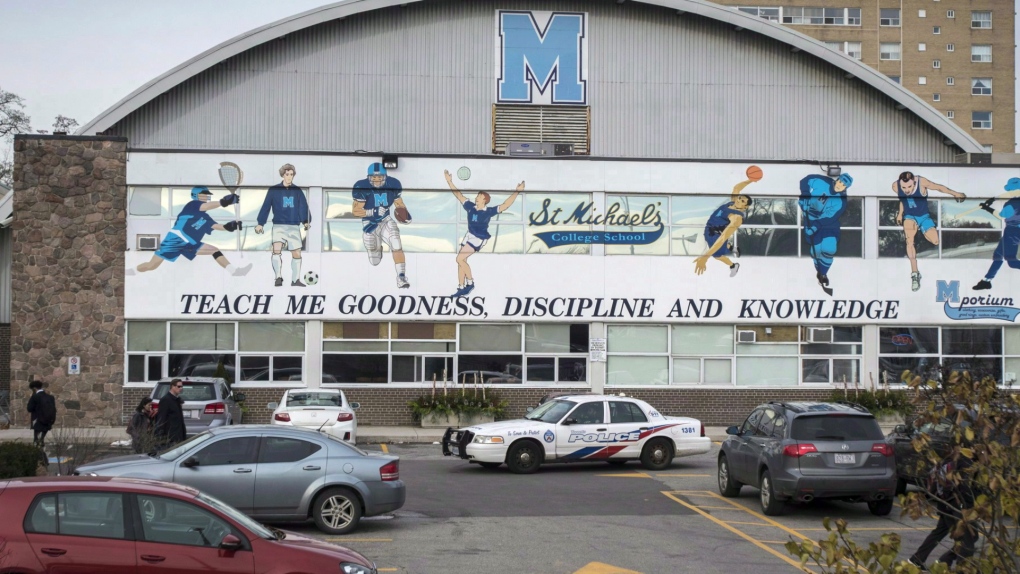 Toronto police respond to a bomb threat at St. Michael's College School, in Toronto on November 19, 2018. THE CANADIAN PRESS/Tijana Martin

TORONTO -- The trial for a teen accused of sexually assaulting two students at an all-boys Catholic school in Toronto is set to resume today.

The incidents occurred at St. Michael's College School in October and November 2018.

The prosecution and the defence are set to argue over the admissibility of a video that captured one of the sex assaults in the locker room of one of the school's football teams.

They relate to two incidents in which the students were sexually assaulted with a broom handle.

Court has heard from several students who allege the teen was involved in a sexual assault on Oct. 18 and Nov. 7, 2018.

This report by The Canadian Press was first published March 30, 2021.