TORONTO -- A Toronto woman says she’s waited for almost two years after submitting a spousal sponsorship application to bring her husband to Toronto from Cuba, and now she fears that wait will be even longer due to the COVID-19 pandemic.

Kimberly Johnson said she has waited one year and seven months since she submitted the application for her husband Frank Vargas, who she married in November 2018.

“I’m really struggling with depression and also with just a loss of hope for the future,” Johnson told CTV News Toronto on Saturday.

According to Immigration, Refugees and Citizenship Canada, sponsoring a spouse can take up to 12 months under normal circumstances.

Johnson said she has yet to hear any update from the ministry on her application. She said she reached out to her local Minister of Parliament’s office and says she was told by staff that the process could take an additional six to twelve months due to the pandemic.

“Time is ticking on us to have our own family and that is something we would be planning on, but we want to do it when we’re together, when things are stable and we are in the same country,” said Johnson, who hasn’t seen her husband since she last traveled to Cuba in December.

Johnson joined about 30 other families, who are facing the same challenge, at a demonstration at Nathan Phillips Square on Saturday to call on the federal government to expedite the spousal sponsorship applications.

At the demonstration, Sawar Ansari told CTV News Toronto that he hasn’t seen his wife Asma Parveen since December of last year and submitted her application under the program in January.

“We haven’t actually felt how it is to be a couple [and] how it feels to live together. Emotionally, it’s draining,” Ansari said. “Had the COVID not been there, within three months of a timeframe we would have heard at least [that] the medical has started.” 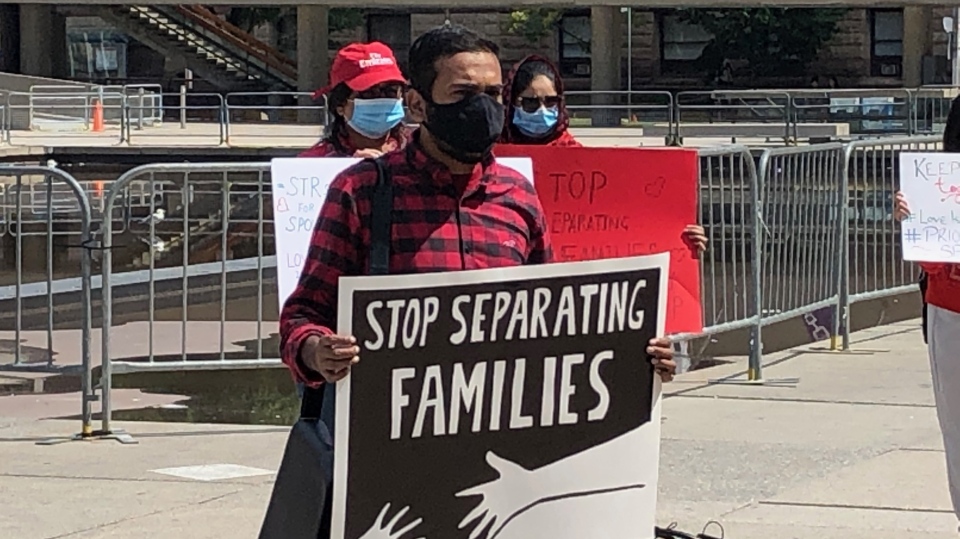 The demonstration was one of five happening in major cities across the country on Saturday, including in Montreal, Ottawa, Edmonton and Vancouver.

The demonstrations were organized by families on Facebook whose spousal sponsorship applications are affected by the COVID-19 pandemic.

The group of families have a petition before the House of Commons requesting the government creates a “Special Temporary Resident Visa,” which would allow for immediate family members to allow spouses and children to safely reunite during a global crisis while they await decisions on their sponsorship applications. 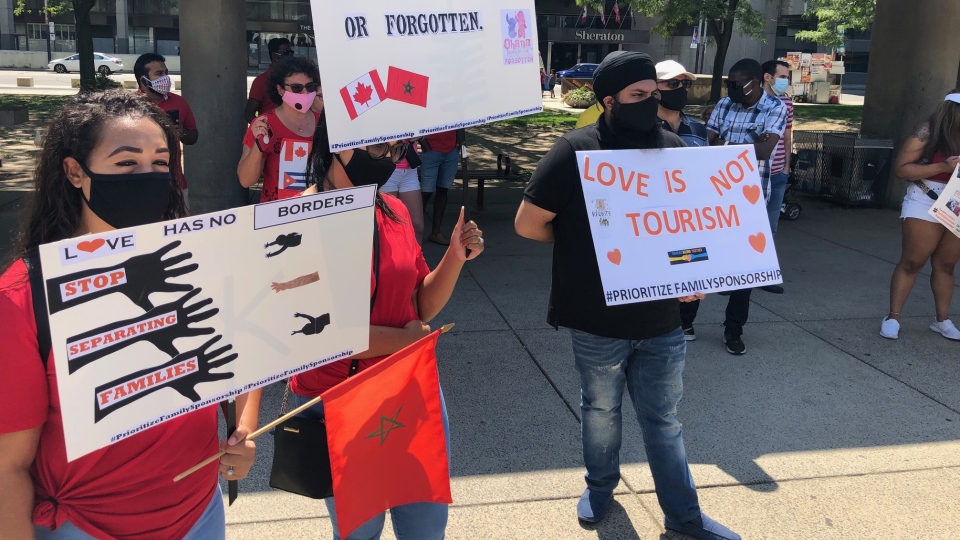 “It is impacting our mental health. [There’s] a lot of stress and anxiety staying away from families,” said Kamran Mirza, who organized the demonstration in Toronto.

On June 8, the government announced an exemption to the travel restrictions, which allows visiting immediate family members of Canadian citizens and permanent residents to enter Canada to be with their loved ones, subject to the mandatory quarantining rules and at least a 15-day visit.

“In addition, Immigration, Refugees and Citizenship Canada continues to accept and process applications throughout the pandemic, including family sponsorship applications, despite limited operational capacity both in Canada and abroad,” said Kevin Lemkay, press secretary to Immigration Minister Marco Mendicino. 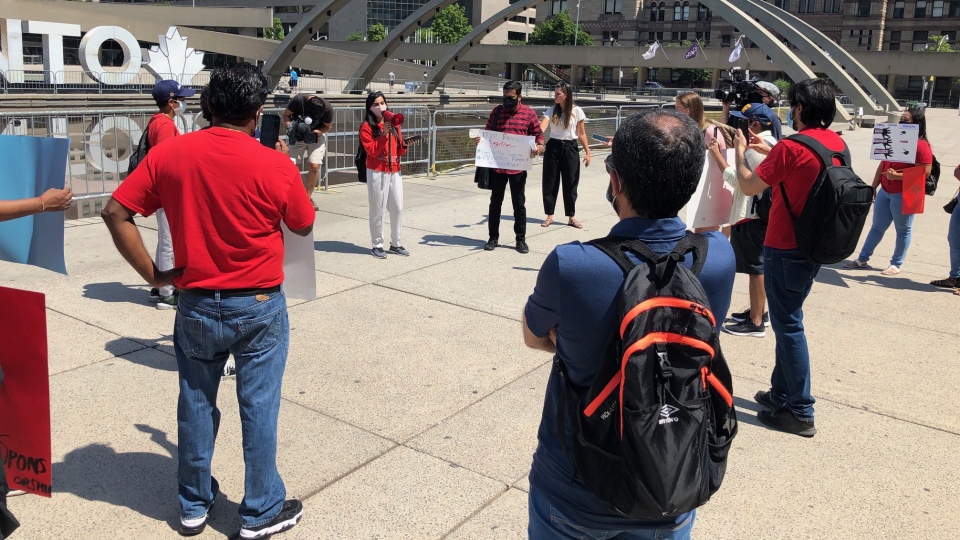 The government says that to minimize the disruption, it has assured sponsors and applicants that no application will be closed or refused due to a lack of documentation or an inability to complete the application process under the normal timelines.

More than 4,000 people have signed the petition, which is expected to be brought before the House of Commons in September.