TORONTO -- Shawn Vassel earned the nickname 'Spider-Man' a decade ago for his death-defying journey down the side of a Toronto apartment tower to evade police trying to arrest him for murder.

And this week Vassel took the stand in his own defense in another murder trial to tell an Ontario Superior Courtroom he's not a killer.

Vassel said he was just the lookout in a robbery of a grow-op in a commercial building on Millwork Drive and Millvan Drive in May 2019, and was surprised when someone handed him a gun.

He denied shooting anybody — except at the minivan that a video played in court shows driving at him shortly after the robbery is over.

“I saw him speeding, pedal to the metal, trying to hit me with his car…I was pointing the gun at him. He didn’t care, so I fired it,” Vassel testified.

But prosecutors said Vassel brought a gun to the grow-op robbery, and knew what he was doing in the attack, when Justin Kyle Ezeard was killed.

Frank Schembri says the video doesn’t show Vassel in shock, or fleeing after he dodges the speeding van — just walking calmly as he stuffs the gun into his pocket.

“He’s not worried, he’s not concerned, he has protection, which is his gun,” said crown attorney Frank Schembri.

The attack by the minivan was just another time Vassel dodged death. The 37-year-old is no stranger to close calls.

While fleeing police, accused of one murder in 2008, he climbed down 11 floors outside of his mother’s apartment tower at Jane and Finch. He was eventually captured at the nearby Jane Finch mall. 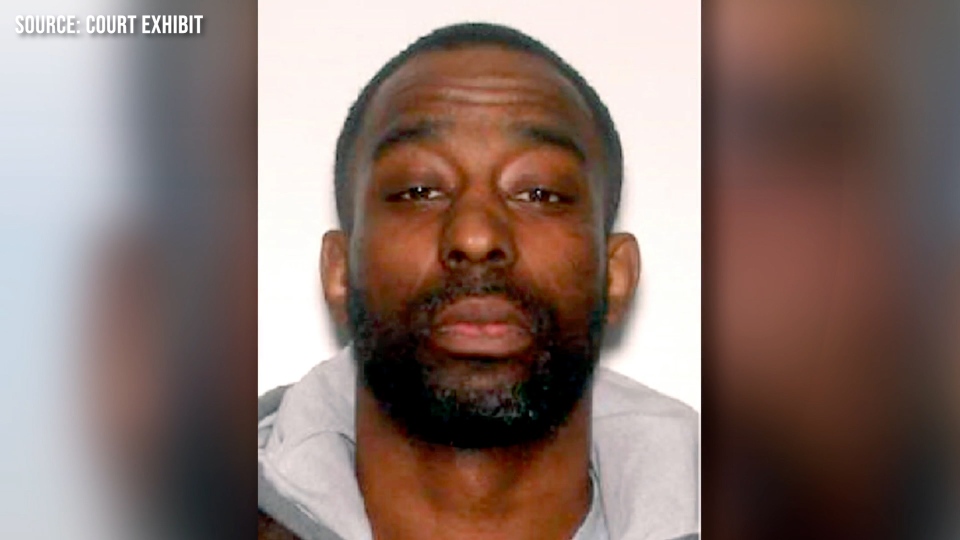 A bemused judge asked if he had “Spider-man webs” during his trial for the murder of Husam Dagheim in the parking lot of the Coliseum movie theatre near Square One in Mississauga. He was convicted in that case — but the conviction was overturned.

In July of 2019, he had his closest brush yet, shot in the back, and paralyzed from the waist down in a gun battle at Queen and Ossington, just a few months after the grow-op robbery. Three people died, and the neighbourhood was terrified.

The morning after the grow-op was robbed, one victim emerged bleeding from the head. He called 9-1-1 from a nearby cafe.

“I got a break-in, I got smashed in the head, knocked out, and, boom, I wake up, they tried to shoot me, I got out of the way, they shot someone else,” the man says on a 911 tape entered into exhibits.

Ezeard was killed. Police found his body found among the marijuana leaves.

Vassel told the court that Ezeard was actually a close friend.

It’s not clear who was driving the minivan.

Vassel faces charges of murder, discharge of firearm, robbery, and possession of firearms with ammunition.

Justice Todd Ducharme is now deliberating in the case.