TORONTO -- Two GTHA breweries marked this International Women’s Day with the release of a beer brewed 100 per cent by women.

It’s alway to mark the achievements of women in the industry, but is also a way of highlighting that more needs to be done to make women equal members of the beer business.

“It’s crazy that people just have this perception that women wouldn’t like beer, or they only like a specific kind of beer,” Granite Brewery’s head brewer Mary Beth Keefe said.

Keefe’s been the head brewer at Granite for 11 years and while she acknowledges that it’s rare to find a woman running a brewery, she says it didn’t used to be.

“Women were originally the first brewers in history. And then once beer became more popular that role got taken away from us. And now we’re trying to reclaim it in a way, because we do like beer, we do like to make it.”

As Granite launched its third International Women’s Day brew called “Valiant,” named after the women who fought to get the vote, Keefe and her team partnered with the Society of Beer Drinking Ladies to brew it.

Keefe describes the beer as a hoppy and juicy New England IPA. It’s a perfect fit for one of the Society’s main principles, according to co-founder Jamie Dobbs. 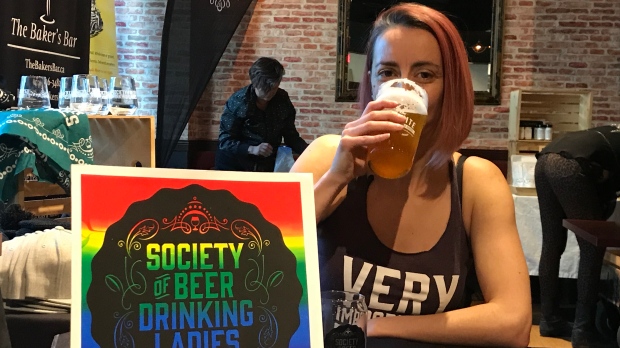 Collective Arts Brewery in Hamilton held an event at its facility in the city’s industrial north end to launch its first International Women’s Day beer on Sunday.

The brewery’s marketing manager Alyssa Janssen is clearly excited about it.

“We’re celebrating the brew called “Loud and Clear.” Loud and clear is made 100 per cent by women from the recipe to the art on the can, by Natalie Very B.”

A “brew day” was held a few weeks ago, where around 30 women from the community joined 30 female employees from Collective Arts to come up with the tart cherry stout.

On release day the brewery was decorated with 75 works of art from local female artists that will be on display until the end of March. 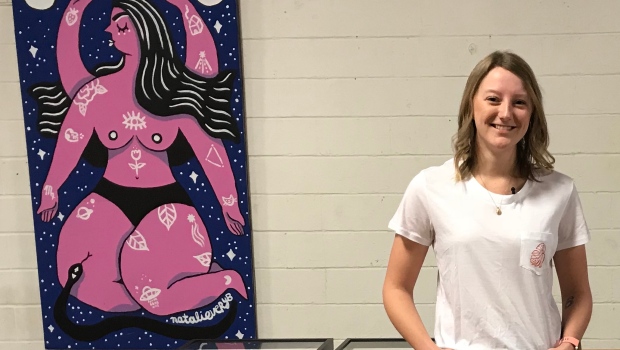 Janssen says the event and beer are part of the brewery’s goal of attracting more women to an industry still dominated by men.

“We know the industry is still lacking a little bit in diversity. So we just wanted to bring a bit more women into that space.”

And as that space grows, the women involved can’t wait to see more women in the industry—and enjoying the end result.