TORONTO -- The snow squall warning that was issued for Toronto has ended, but a watch remains in effect as snow continues to fall across the city.

Environment Canada had warned of "intense snowfall" later this evening, however the agency now says that the weather system is moving south. 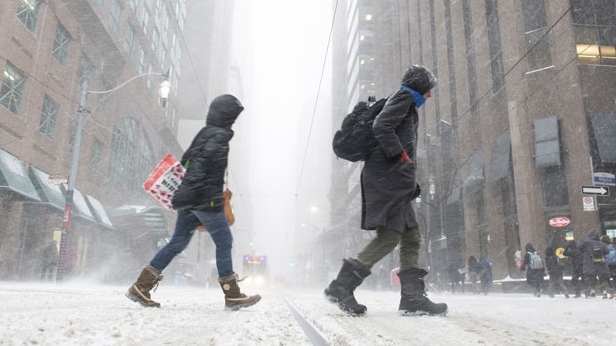 "An intense snow squall from Lake Huron has now moved south of the area," Environment Canada said in a news release. "Additional snow squalls from Georgian Bay will be possible tonight as winds shift to a northwesterly direction."

The snowfall had a significant impact on commuters north of the city. GO Transit announcing on Twitter that it was forced to cancel service from Aurora to Union stations due to “whiteout conditions.”

“GO shuttle will take passengers from Aurora, King City, Maple and Rutherford GO stations to the Hwy 407 Terminal and passengers at Downsview may use their GO fare at staffed entrances at TTC.”

The Aurora GO 14:41 - Union 15:38 #GOtrain is cancelled due to whiteout conditions. GO shuttle will take passengers from Aurora, King City, Maple and Rutherford GO stations to the Hwy 407 Terminal and passengers at Downsview may use their GO fare at staffed entrances at TTC. 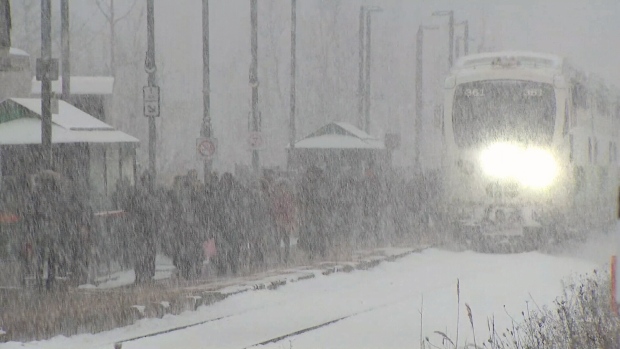 Service from Union Station to Bradford is also being affected as trains hold downtown due to whiteout conditions near the Rutherford GO Station.

At this point, no routes along the TTC have been affected by the snow.

The snowfall north of the city is making for slick conditions, especially on Highway 404. One vehicle actually slid off the roadway when the driver was attempting to change lanes.

“She was on all season tires so when she tried to change lanes she hydroplaned off the road,” Yusuf Tozagan, a Good Samaritan who stopped to help the driver, told CTV News Toronto. 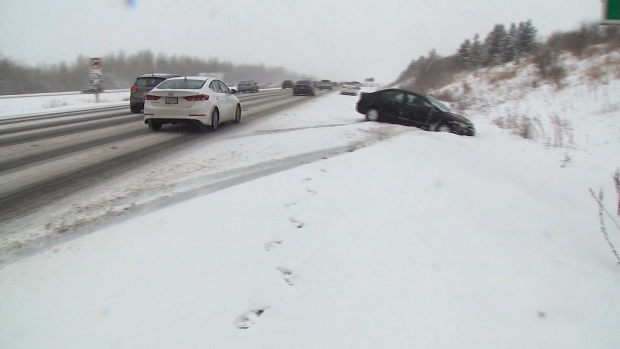 York Regional Police said in a tweet Friday evening that they are responding to a number of vehicle collisions in the area.

Flurries are expected to end at around midnight.

Toronto will see a high of -3 C on Friday, but it will feel closer to -14 C with the wind chill.

More snow is expected on Saturday along with a high of -5 C.