In the memories of music lovers, Toronto's most famous bars and clubs remain larger than life. But in Andrew Smith's living room, the venues are just a few inches high.

"I have a great love of live music," Smith told CTV News Toronto Thursday, "and as far as I'm concerned, the only place to see live music is in a local bar."

As a carpenter who built sets for television productions, Smith was used to constructing big things.

"Over my career I've built very large things, I specialized in stages the size of hockey rinks and that all ended up as landfill. So almost everything I've built over the past 40 years has disappeared."

"When the pandemic came along, it was like 'I think I'm going to be home for a while. I need something to do and keep me occupied.’”

So, Smith built a small workshop in the basement of his Leslieville home and began making community lending libraries for his neighbourhood.

It was during one of these builds that he realized what he really wanted to make was something more iconic to Toronto.

"[I realized] I could even make the Silver Dollar as a little library — and that's what I started doing — and then I realized that I didn't really care about the library part — and so it went on from there."

Now, some twenty colourful, detailed models of the facades of some of the city's most famous music clubs and bars line the walls of his home. Some, like The Colonial Tavern, The Silver Rail, and The Gasworks closed decades ago. Others, like The Orbit Room, Hugh's Room, or Dave's have only gone silent in the past few years. 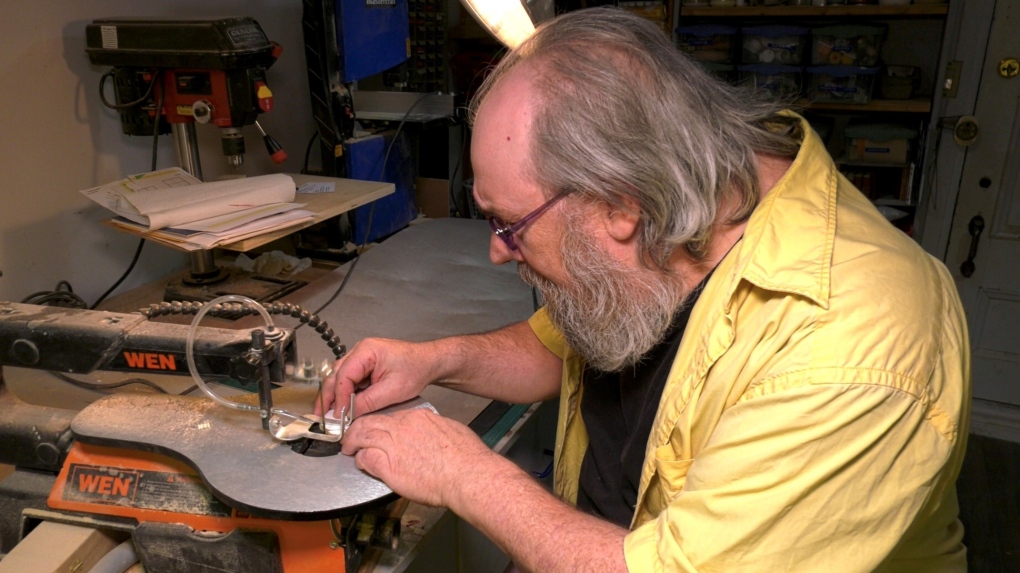 Smith says he hopes his collection, which he's titled 'Toronto: Lost Music City,' will be a permanent record of the city's music history.

"My idea is that somewhere down the road this becomes a historical, educational exhibit,” he said.

Each model takes Smith about 10 days to build, though he stresses, "I don't work at it all the time, I'm old, I'm retired, I take my time, I take naps, I let the glue dry."

He uses a variety of materials and focuses on the small details to make them as accurate a representation as possible. He draws on both memories and photographs, but admits photos of many of these venues are hard to find.

Recently, he began to show his collection, first online, and then in a gallery window. The response was overwhelmingly positive.

"This resonates with a lot of people," Smith said. "These days, there's an awful lot of nostalgia going on."

Many have said how much they appreciate the work and the detail he puts into his models.

"People will tell me, ‘Oh this is a really perfect model, but you missed something — you missed me hanging out the window, smoking a cigarette, waiting for George to change the keg’ — things like that."

For his part, Smith says the model building has "kept [him] sane during this period of isolation.”

He also said he's enjoyed learning more about the history of the city he's called home for more than 50 years.

Smith says he figures he will add another 10 music clubs from Toronto's past to his collection, before moving on to something else.

"I may change focus. I may do old theatres or old strip clubs — I don't know, something else."

He said he doesn't plan to stop rebuilding the city's past on a smaller scale, though.

"It has opened up a tremendous number of opportunities for me to build."