Skateboarder killed after being hit by taxi 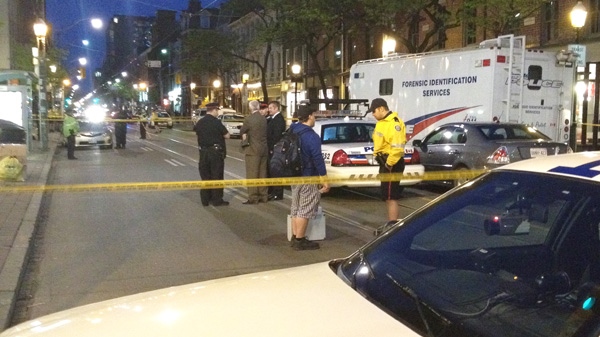 Police are shown at the scene where a man on a skateboard was killed after being struck by a car near King Steet and Jarvis Street on Monday, May 14, 2012. (Danny Pinto / CTV News)

A man in his 20s has been killed after he collided with a taxi near King and Jarvis streets Monday afternoon.

Paramedics said the man had serious head injuries when they arrived at approximately 6 p.m.

Police have not yet released the exact age or the name of the victim.

The collision caused major traffic delays in the area as the 504 King streetcar was delayed in both directions.

Traffic delays in the area are expected as investigators reconstruct the accident.