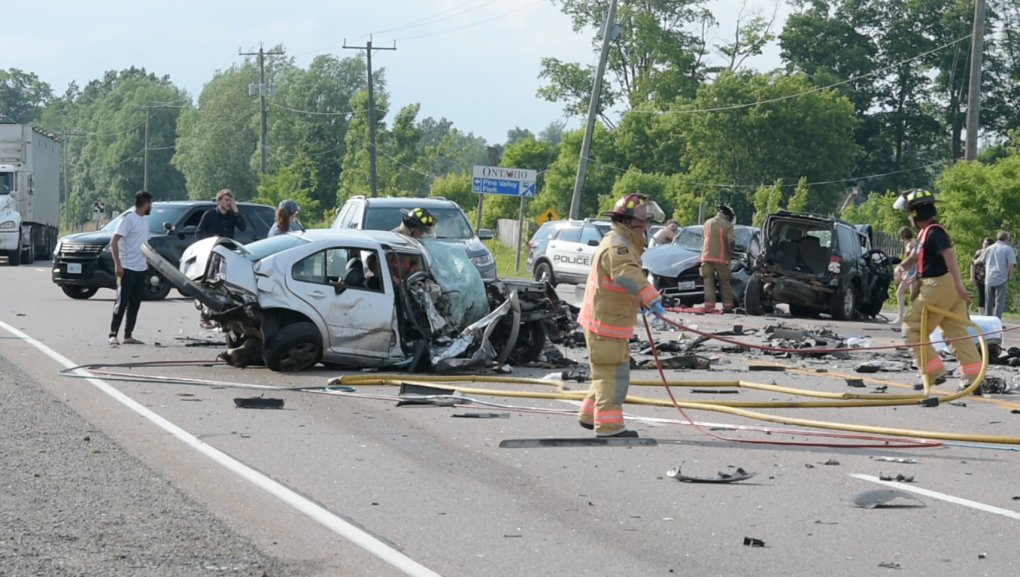 Emergency crews attend the scene of a multi-vehicle collision in Hamilton, Ont. on June 18, 2021. (Andrew Collins)

TORONTO -- Six people were taken to hospital, two in critical condition, after a multi-vehicle collision on a highway in Hamilton Friday afternoon.

Hamilton paramedics said two men in their 30s were taken to a trauma centre, both with life-threatening injuries. A 32-year-old woman was also transported to the hospital in serious but stable condition.

Two other victims, a 62-year-old man and a 24-year-old woman, are in hospital in stable condition.

A sixth victim was sent to a hospital out of the region with minor injuries.

Schmidt said they are looking into what caused the crash.

Police are appealing for witnesses who have information to contact them.

All lanes of the highway are closed between Concession 5 Road East and Concession Road 6 East.