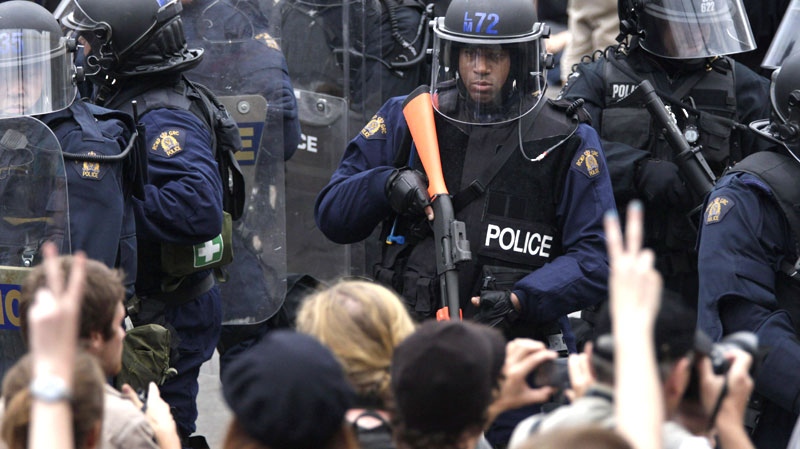 Joseph Thomson, 34, was in the area of Queen Street West and Spadina Avenue on June 26 of last year, when the largest demonstration of the week took place. Police allege that he interfered in the arrest of a friend and was subsequently taken into custody.

According to police he was struck in the face by an officer during his arrest and suffered a broken nose. Thomson was taken to hospital for treatment and then released.

The SIU interviewed eight officers about the incident but the person at the centre of the investigation declined to be interviewed. On Nov. 25, SIU director Ian Scott closed the case, saying there was too little evidence to say whether the officer in question had used excessive force.

But Scott re-opened the case after investigators reviewed new video and still images of the incident.

The SIU is now "actively working on this matter with the intent of identifying additional witnesses who may have seen Mr. Thomson's arrest and may be able to provide additional information," the agency said in a statement Friday afternoon.

On Jan. 14, it also reopened the case involving 29-year-old Dorian Barton, who claims that police broke his arm and left him with a black eye on June 26.

Barton is suing the Toronto Police Services Board and seven unidentified officers for $250,000.

One police officer has been charged with assault with a weapon in connection with G20 arrests. Const. Babak Andalib-Goortani is scheduled to appear in court on Feb. 28.

The officer was charged in December, after the SIU concluded an investigation into complaints made by protester Adam Nobody.