SIU investigating death of 24-year-old woman who fell from roof of parking garage in Oshawa, Ont. 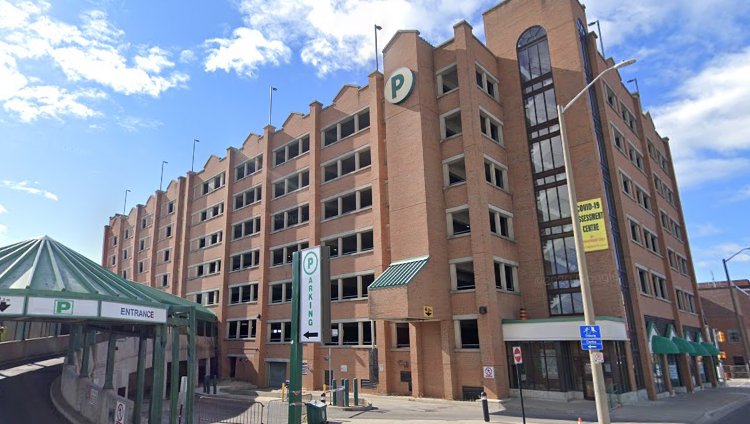 A parking garage located at 1 Mary Street in Oshawa, Ont. is seen in this photo. (Google Maps)

TORONTO -- The death of a 24-year-old woman who fell seven floors from a parking garage in Oshawa, Ont. is being looked into by the province's Special Investigations Unit.

In a news release issued on Monday evening, the SIU said that at approximately 2 p.m. on Feb. 1 Durham police were called to 1 Mary Street in north Oshawa after receiving reports a person was on the roof of a parking structure.

The SIU said when an officer located the woman attempts were made to speak with her but a short time later she fell seven floors to the ground.

The SIU is urging anyone with information about the investigation or video evidence to contact them at 1-800-787-8529.

The SIU is an arm's length agency called in to investigate whenever Ontario police officers are involved in a death, serious injury or allegation of sexual assault.