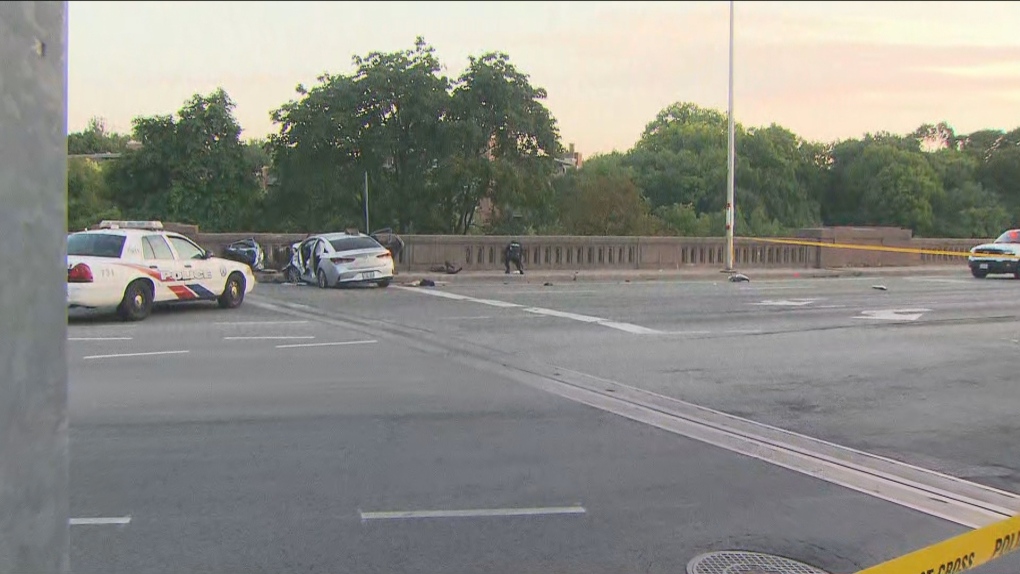 The SIU is investigating a crash on bridge near Parliament and Bloor streets that left one female injured.

TORONTO -- The province's police watchdog is investigating a crash on a bridge downtown that sent one female to hospital for treatment.

A vehicle heading northbound on Parliament Street, near Bloor Street, crashed into a bridge in the area early Friday morning.

One female was transported from the scene to a trauma centre for treatment and police have not provided an update on her condition.

Police have confirmed to CP24 that the Special Investigations Unit (SIU) has now invoked its mandate.

Bloor Street is closed in both directions between Sherbourne Street and Castle Frank Road for the investigation.